Water shortages: As hosepipe ban starts what is happening with leaks?

Explainer: More than 42% of all treated water in Ireland is lost through leaking pipes 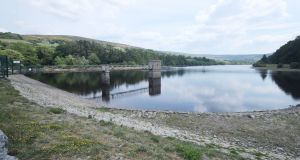 The ongoing drought across much of Ireland and the introduction of a hosepipe ban on June 9th – the second in less than two years – has brought renewed focus on the massive level of ongoing leakage in the Irish water supply system.

Up to recently, close to half the treated water in the State was being lost through leaky pipes; a problem that was most pronounced in the greater Dublin region – the most populated part of the country.

The problem, however, is there is no short-term solution, though there is some evidence of progress. Digging up streets to repair or replace pipes can be hugely disruptive to a city, though new approaches mean quicker repairs and less inconvenience.

Working in partnership with local authorities and contracting partners, Irish Water is carrying out targeted leakage detection and repairs across the country with a special focus on those areas where water services are under “water stress”.

Prior to the Covid-19 restrictions, 1,500 leaks were fixed every month.

The current leakage rate nationally is 42.3 per cent. In the Greater Dublin Area it has been reduced to 37.5 per cent.

Irish Water is on track to reduce overall leakage to 38 per cent and save 166 million litres of drinking water daily nationally by 2021, including 44 million litres in the Greater Dublin Area through an investment of €500 million.

The 2021-2024 investment plan, will also see the utility invest approximately €100 million per year in leakage reduction.

Gross leakage savings for 2019 were 143.7 million litres per day. When Irish Water was established, leakage nationally was 49 per cent.

“Irish Water’s leakage reduction programme teams are now fully re-mobilised on the ground, but we also need the public’s support to reduce their water usage. We continue to ask the public to notify us of leaks on which we always follow up,” a spokeswoman for the utility has pointed out.

The long-term solution, Dr Collins believes, is a national strategy on conservation, including accelerated leakage reduction. This should incorporate new building regulations, he suggests, requiring innovative water management to be deployed, such as raw water harvesting in new houses and institutional buildings including schools.

“Of course, we only have these conversations when we have a drought,” he observes.

He remains concerned about the vulnerability of Dublin, which is so important to the Irish economy and has such a large, growing population.

The river Liffey supplies over 80 per cent of the city’s water supply, extracting 40 per cent of all its waters, close to the upper threshold of environmental and sustainable limits.

In that context, the levels of water leakage have to be confronted, though he accepts solving the problem “is a massive undertaking” in both complexity and financial cost.