Tourism could be a winner from climate change in Ireland

Fisheries, forestry and agriculture among sectors at risk 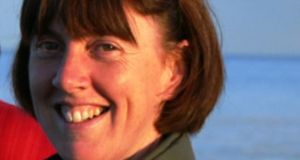 Dr Alison Donnelly of Trinity College Dublin. A study led by her shows that the warmer climate has led to a change in the seasonal cycle of a range of plants and animals

Tourism may be a winner from the impact of climate change here, with the season stretching from April to October, according to one of a series of reports published yesterday by the Environmental Protection Agency.

But the report, drawn up by a team in NUI Maynooth headed by Prof John Sweeney, warns that most other areas of the economy would be vulnerable and there was a “strong case for including adaptation to climate change in planning and investment decisions”.

Another project headed by Dr Conor Murphy of NUI Maynooth found that there had been an increase in the size of flooding events, particularly since the late 1990s, with an increase in river flows during spring and a “clear signal of change” in summer flows.

Another study led by Dr Alison Donnelly of Trinity College Dublin shows that the warmer climate has led to a change in the seasonal cycle of a range of plants and animals, with a three-week extension in the growing period for deciduous trees.

Serious implications
“As insects are a primary food for some birds, therefore if the date of bird arrival and insect appearance are not synchronised problems may occur. If this continues to happen on a broader scale, it could have serious implications for future ecosystem functioning.”

A coastal adaptation study led by Dr Maria Falaleeva of UCC developed a practical tool kit to assist local authorities and coastal communities in dealing with the threats posed by storms and rising sea levels as a result of global warming.

The five EPA research projects show that climate change is having an impact in Ireland and this will increase over coming decades on rivers, plants and animals and key sectors such as water services, according to the agency’s director general Laura Burke. “[The EPA programme] . . . highlights the important role research has to play in supporting policy and evidence-based decision-making”.