Planning permission granted for project developer says could support up to 1,000 jobs 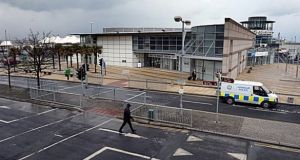 A proposal to turn the former Dún Laoghaire Ferry Terminal into a “digital technology hub” which could support up to 1,000 jobs and 50 companies has received planning permission.

The project’s developer, Philip Gannon, says he intends to invest €20 million to transform the abandoned building on St Michael’s Pier into the “harbour innovation campus”. It will be the largest technology hub in Ireland and one of the five largest in Europe, he said.

Dún Laoghaire-Rathdown County Council granted permission on Tuesday for the project to go ahead.

The ferry terminal has lain empty since 2015 when sailings ceased. Under the terms of the planning permission the outside of the building will remain the same while the 7,000 square metre interior will be transformed into a campus for technology companies, similar to the Digital Hub in Dublin city centre.

The project will be funded through private investment. Mr Gannon said he estimates it will generate €15 million in rents and rates over the next decade while the new jobs will contribute about €6 million a year to the local economy.

The developers expect the campus to open in spring 2019. The refit of the building is to begin next month.

“This culturally significant building has been lying empty for over four years and . . . will now become world-class innovation space,” Mr Gannon said.

Minister of State for Trade and Employment Pat Breen welcomed the decision to grant planning permission.

“The type of co-operation between large multinationals, SMEs and academics that occurs in these hubs can generate exciting opportunities,” he said.