Over 300 people reported for breaches of water hosepipe ban 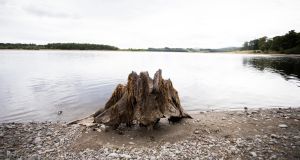 Irish Water have extended a nationwide hosepipe ban for at least another month, as water supply levels remain at critically low levels.

The move comes as Irish Water revealed that more than 300 people had been reported to the utility by members of the public for breaching the hosepipe ban since the start of July.

Night time water restrictions in the greater Dublin region are to remain in place for another fortnight, despite heavy rainfall forecast for the weekend across Leinster.

The ban on households using their garden hoses was introduced to help conserve water at the height of the summer heatwave in early July, initially to last for a month.

However, despite water usage in Dublin and surrounding counties dropping from peak highs of over 600 megalitres a day to 550 m/l following the ban, Irish Water announced on Friday the emergency conservation measures would be extended until August 31st.

Staff from the utility have begun visiting the homes of people reported to be breaking the conservation order, to remind them of “the critical nature of the drought and the impact of wasting water on the local community,” a spokeswoman said.

Households ignoring the hosepipe ban can be fined €125, and the ban covers anyone using a hose to water their garden or plants, wash their car, or fill a paddling pool. “As yet no fines have been levied but this remains an option open to Irish Water,” a spokeswoman said.

A meeting of the water utility’s board heard the supply situation will remain “critical” until at least mid-August. Southern and eastern areas have been most severely affected by the lengthy period of exceptionally dry weather, with record low water levels recorded in over half of lakes and rivers.

Met Éireann forecast heavy and thundery downpours over Friday night into Saturday morning, across Leinster, Cavan, Monaghan, Donegal and Waterford. A yellow weather warning has been put in place, with rainfall accumulations of 25-40mm expected.

However Irish Water said the short burst of heavy rain will not be sufficient to address low levels across reservoirs, rivers and lakes.

It has been estimated two to four weeks of sustained rainfall will be required to address low water levels.

Despite the drop in water usage following conservation measures, the water network is still under “serious” pressure due to the lack of rainfall, a spokeswoman said.

The water utility have begun topping up reservoirs with tankered water, and drilling extra boreholes, to try and increased supplies. Additional contractors have been hired to fix leaks in the national pipe network as well.

“Irish Water is very aware that increased water pressure reductions in the greater Dublin area could have a negative impact on homes and businesses and the hospitality sector in particular. We are continuing to monitor the situation very closely,” she said.

The current night time water pressure restrictions in Dublin are in place between 10pm and 5am. Areas covered by the supply restrictions include the city centre, several Dublin suburbs, and Bray in Co Wicklow.

“Irish Water continues to monitor water levels across the country on a daily basis and will make decisions in relation to increasing restrictions should that become necessary at a later date,” a spokeswoman said.