Some 460,000 people at risk from cancer-causing radon gas 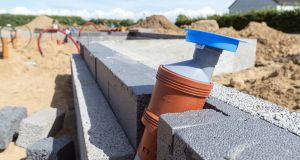 According to Trinity College scientists, one in 10 of the population is at risk from radon

Up to 460,000 people in the State – one in 10 of the population – are at risk from unsafe exposure to indoor radon gas, which may cause lung cancer.

A radon risk map published by scientists at Trinity College Dublin shows that about 10 per cent of the population is exposed to radon that exceeds maximum recommended levels.

Radon is a natural radioactive gas present in all soils and is the principal source of radiation exposure, making up 56 per cent of the overall dose in Ireland.

Exposure increases the likelihood of developing lung cancer, and causes about 250 deaths from lung cancer here each year – a higher number of fatalities than is caused by road traffic accidents.

The new radon risk map illustrates the same general categories, but does so at a different spatial scale, which makes it easier to identify regional or local variations in radon risk.

The southeast and west of Ireland are prominent regions for high risk, according to the map, but it indicates that homes with high radon could potentially be found in any county, the scientists say.

Some areas at high risk would previously not have been categorised as such, according to the geologists. The researchers urged people to have their homes tested for radon.

The new map divides the Republic into three main radon risk areas: low, medium and high, with probabilities of having an indoor radon concentration above the reference level.

Prof Quentin Crowley, assistant professor in isotopes and the environment at the school of natural sciences at Trinity College Dublin said the new high spatial resolution radon risk map was a “big improvement” on the previous map.

The researchers found that including geological data, such as bedrock and glacial geology, subsoil permeability and subsurface permeability in relation to groundwater with existing indoor radon concentration measurements provided a more detailed picture of the radon risk facing the public.

Prof Crowley said, however, it was not possible to provide a level of detail on risk areas by town, or city, for example. The only way of knowing whether a particular home or building was at risk was to have it tested.

“We have some of the highest recorded indoor levels of radon in Europe and probably the eighth highest globally,” Prof Crowley said.