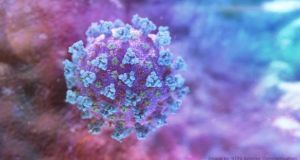 The World Health Organisation (WHO) has highlighted the continuing risk of new pandemics, warning that while the impact of coronavirus has been very severe, it is “not necessarily the big one”

Sewage in large cities should be routinely tested to provide an early warning system for future outbreaks of lethal disease and pandemics, and be part of ongoing Covid-19 surveillance, according to a professor at NUI Galway.

Following her participation in a global study of how it might work, Prof Dearbhaile Morris concluded consistent surveillance of human waste in sewerage systems “could be the fastest way to identify viruses and bacteria that have the potential to impact large populations”.

The World Health Organisation (WHO) has highlighted the continuing risk of new pandemics, warning that, while the impact of coronavirus has been very severe, it is “not necessarily the big one”.

The global research has shown highly infectious diseases can be present in communities before diagnoses raise the alarm, said Prof Morris, who is director of the Ryan Institute’s Centre for One Health and head of bacteriology at NUIG School of Medicine.

“Research on the Ebola, Zika virus and yellow fever outbreaks that occurred in the last decade shows that these pathogens circulated for extended periods before being recognised, leading to costly delays in public health response,” she said.

The approach adopted in the global study provides a broad look at the population of a particular area or can be applied to individual facilities, “and can act as an early warning system for the presence of a particular organism in the population, even where there have been no clinical cases diagnosed”.

A key challenge is how to prioritise local investments in detection capacity, she said, “given the diversity of emerging diseases, the unpredictable nature of outbreaks and limited resources available for outbreak preparedness”.

Research led by Prof Wim Meijer in UCD backs up the merits of this approach, she believed. “To date in Ireland, surveillance of wastewaters and sewage has been limited to the Dublin and Wicklow areas, but in my view it would be useful to expand this across the country. Results to date show that findings of SARS-CoV-2 in sewage correlate with clinical data.”

The UCD study showed there was evidence of the virus in the community since early last September and particularly since early December.

The study of sewage systems in 81 high-density urban areas in 62 countries in which Prof Morris participated was carried out to provide a snapshot of viral pathogens circulating in populations.

The findings, recently published in the journal Scientific Reports, show “an ability to detect a wide range of viruses, as well as geographical and seasonal differences for specific viral groups”.

It involved genetic sequencing of DNA present in a sample, and evaluating a range of viruses, bacteria or genes. The approach also means new sequences or genes can be identified, including variants.

The largest group of viruses detected were bacteriophage, which are viruses that infect bacteria. Critically, a number of human pathogenic viruses were detected, the majority of which are associated with diarrhoeal disease – the second leading cause of death in children under five.

“Following the Ebola outbreak in West Africa in 2015-2016, WHO launched what it called Disease X to call for novel ideas to prepare for unpredictable disease outbreaks,” said Prof Morris, one of 107 scientists who took part in the research.

“There are advantages to analysing sewage: it represents an entire population; there’s no privacy issues; and samples are easily sourced. The practice has also been successful in monitoring the global polio elimination programme,” she said.

“Once identified, a so-called mop-up vaccination programme was initiated and the epidemic was halted without a single case of paralytic poliomyelitis,” she explained.

The National Public Health Emergency Team (Nphet) has recommended wastewater plants be monitored for the presence of genetic material from the virus that causes Covid-19 after hearing evidence of its effectiveness.

This is helpful as results from asymptomatic individuals would show up in sewage analysis, when individuals might not be feeling ill enough to take a clinical test.

It could provide an early warning system for increasing levels of the virus in the community. Another benefit cited was the ability to show up any mutations which were surviving new vaccines.

Minutes from the Nphet meeting record a recommendation that the National Virus Reference Laboratory and the Health Protection Surveillance Centre “work collaboratively to implement a national wastewater surveillance network for SARS-CoV-2”.