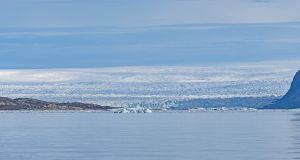 Sea level could rise by more than 1m by 2100 if carbon emission reduction targets are not met, according to a survey by 106 global experts.

The study found the global mean sea-level rise could exceed 1m by 2100, and 5m by 2300 – if global targets on emissions are not achieved. It was led by scientists at Nanyang Technological University in Singapore and included an input from a mathematician at Maynooth University.

It is based on the informed opinions of sea-level experts “and underlines the critical importance of pursuing a low emissions policy to limit sea-level rise,” said co-author Dr Niamh Cahill, assistant professor in the Department of Mathematics and Statistics at Maynooth.

They applied projections under two climate scenarios; low and high emissions. By surveying a wide range of leaders in the field, it offers broader assurance about its projections for the ranges of future sea-level rise, she explained.

In a scenario where global warming is limited to 2 degrees above pre-industrial levels, the specialists estimated a rise of 0.5m by 2100 and 0.5 to 2m by 2300.

Prof Benjamin Horton of NTU Singapore, who led the survey, said sea-level rise projections and knowledge of their uncertainties “are vital to make informed mitigation and adaptation decisions”.

“The complexity of sea-level projections, and the sheer amount of relevant scientific publications, make it difficult for policymakers to get an overview of the state of the science,” he said.

To obtain this overview, it was useful to survey leading experts on the expected sea-level rise, which provided a broader picture of future scenarios and informed policymakers so they could prepare necessary measures, Prof Horton said.

“We know that the planet will see additional sea-level rise in the future,” noted co-author Dr Andra Garner of Rowan University.

“But there are stark differences in the amount of sea-level rise experts project for low emissions compared to high emissions. This provides a great deal of hope for the future, as well as a strong motivation to act now to avoid the more severe impacts of rising sea levels,” said Dr Garner.

The experts were chosen as they were among the most active publishers of sea-level studies – at least six published papers in peer-reviewed journals since 2014 – and identified from a leading publication database.

They identified the Greenland and Antarctic ice sheets as “the greatest sources of uncertainty”. They are an important indicator of climate change and driver of sea-level rise. Satellite-based measurements show the ice sheets are melting at an accelerating rate. However, they also underlined the magnitude and impact of sea-level rise can be limited by successfully reducing emissions.

Prof Andrea Dutton of the University of Wisconsin-Madison in the US, who was not involved in this study, said: “One of the key takeaways is that our actions today can make a profound difference in how much our coastlines will retreat in the future. That knowledge is empowering because it means that we can choose a better outcome through our actions.”

Coastal communities will face increasing risk of floods as climate change could cause extreme sea-level rise by 2100, it concludes. Coastal adaptation, however, could prevent 95 per cent of the projected economic losses.

The findings are in an EU Joint Research Council study in Nature Communications. In the absence of climate action and with continued demographic pressure and urbanisation along coastlines, annual damages from coastal flooding in the EU and the UK “could increase sharply . . . to almost €1.6 trillion by 2100, with 3.9 million people exposed to coastal flooding every year”, it said.

1 Irish tourists excluded from visiting Greece and Croatia
2 Taoiseach has confirmed schools will reopen at the end of August
3 Derek Chauvin charged with murder in connection with death of George Floyd
4 Quarantine will cease within fortnight, Ryanair CEO claims
5 Number of women dying by suicide increased by almost 50% last year
Real news has value SUBSCRIBE

Higgins: ‘This is very, very different to 2008 ... we need radical thinking’ 23:10
Covid-19: Childcare criteria to include parents who need it for work from June 29th 22:33
UL student accommodation refunds to cost about €3.45m 22:28
Number of women dying by suicide increased by almost 50% last year 22:01
Irish tourists excluded from visiting Greece and Croatia 22:00