Sea change for the worse as alien seaweed unmakes the bed 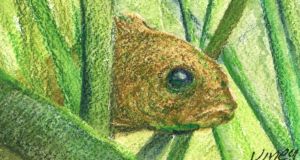 Swamping the ditches, swelling the streams, brimming the rivers beyond their banks, February’s floods arrived at the sea with a whole new burden of sediment, excrement and fertilisers.

Spilling out over mudflats, the load of fine and nutrient-rich particles are the latest encroachment on keystone marine communities. In many estuaries, seagrass meadows, vital shelter and nurseries for sea life have given way to mats of decaying seaweed, soggy and smelly green deserts at low tide.

In a new monitoring survey of protected marine habitats for the National Parks and Wildlife Service the condition of a score of inlets and bays is now classed as “unfavourable/bad” (see Irish Wildlife Manual 118).

The loss of entire seagrass beds that existed a decade or so ago is reported from Mulroy Bay, Valentia Harbour, Clew Bay and Blacksod Bay. In these and other protected bays, the few seagrass shoots were being smothered or crowded out, notably by the alien brown seaweed Sargassum muticum.

Changes in the area and structure of keystone communities extend to subtidal beds of coralline maerl and reefs built by worms and clams, all valuable shelter for marine life. These “indicator” species have very specific needs in their habitats and are quick to fail in the face of change.

A poor bill of health for the estuaries is blamed on changes in sediment composition, notably in the big conservation area of the lower river Shannon. This is downstream from Ennis, Co Clare, a large town on the river Fergus still without proper sewage treatment.

Like Dundalk Bay, the Shannon estuary is also fed from a wide catchment of intensifying agriculture, forestry and drainage, all releasing fertilising nitrogen and phosphate.

The arrival of persistent, blanketing seaweed “tides” in some estuaries around Ireland has warranted research by a team of 10 marine scientists and fieldworkers at NUI Galway, funded by the Environmental Protection Agency and led by Dr Ricardo Bermejo.

The Sea-Mat project has addressed a problem shared by estuaries in Europe and beyond. Fed by decades of nitrogen run-off from intensive farming and sewage, mats of green seaweed are smothering natural inshore-life in bays of southern England and Brittany, and from Venice to China.

Blooms can weigh millions of tonnes, making gathering and disposal difficult. Their decay consumes most of the oxygen in the water and releases compounds toxic to fish and other marine life.

In Ireland the basic chemistry was recognised as causing a “nuisance” in Dublin Bay in the 19th century, when untreated sewage from the Liffey fed growths of green Ulva sea lettuce on the foreshore. Decomposing, they released offensive and poisonous, rotten-egg gusts of hydrogen sulphide. The gas is now blamed in Brittany for killing grazing wild boar and reputedly even one incautious jogger along weed-covered shores.

The Tolka river at the north of Dublin Bay held one of four big estuarial seaweed blooms studied and monitored by the Sea-Mat project. Even bigger algal mats were those sheeting sheltered estuaries at Clonakilty and Argideen in west Cork and Killybegs in Co Donegal.

They differed in the mix of seaweed species. The largest green tides are mainly species of sea lettuce, blooming in succession, first in tubular, then leafy form. The team also discovered a burgeoning red species from Japan at Clonakilty (perhaps arriving with Pacific oysters) and a golden species colouring the tide at Killybegs.

Among the team’s resources has been a “hyperspectral” drone camera, flown over the often treacherous mudflat terrain to help in quantifying and analysing the blooms.

Nutrient enrichment, mainly by nitrogen, is what sustains their growth, and the research found no limit to it at any time of year. The warmth and summer light of climate change could bring earlier and even denser peak biomass and the arrival of new alien species. According to the Intergovernmental Panel on Climate Change, the temperature of Irish coastal waters is predicted to increase by up to 3.6 degrees by 2100.

An extra pressure for research is compliance with the EU Water Framework Directive, concerned with the quality of “transitional waters”, estuaries among them. The Sea-Mat project has now become the Macroman project, probing the mechanisms behind macroalgal blooms and seeking ways of coping with their biomass.

One apparently ready solution has been to clear the green weed (itself a difficult proceeding, except by boat) and compost it for spreading as fertiliser. But the mat has often absorbed toxic metals that could accumulate year by year. In Brittany it is being harvested as potential material for biofuel.

Meanwhile, Macroman seeks to work with local riverine communities in establishing a network of voluntary citizen scientists. Trained in sampling weeds and water, they will help map, date and record the progress of blooms, now just stirring into life in the ocean’s spring.