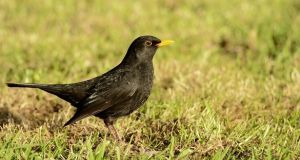 Birdwatch Ireland is calling on members of the public to help it keep track of “our beloved garden birds” by taking part in its annual garden bird survey from next week.

The survey, now in its 30th year, starts on Monday December 3rd and runs until the end of February.

“Each year hundreds of households across Ireland take part providing important information on how some of our more common bird species like the robin fare over the challenging winter months. As the Irish countryside changes, gardens are becoming increasingly important havens for many species, and it is vital for us to know how their populations are faring,” said the conservation organisation.

Brian Burke, co-ordinator of the annual survey, said Birdwatch wanted to make the 30th survey “the biggest year yet”.

“We’re particularly keen to boost the number of participants from counties in the west and midlands. We tend to get most participants from areas around cities where there are more people, but we want to the data to be representative of the entire country,” he said.

The registered charity says the garden bird survey is “the biggest and longest-running citizen science project in Ireland and really easy to take part in”.

“It is open to everyone with a garden, whether it’s smaller than a tennis court or bigger than a football pitch.”

Participants record the highest number of each species seen each week and send the information to Birdwatch Ireland when the survey finishes.

Birdwatch said a basic interest in the birds of your garden was all that was needed.

It is also happy to help if people need assistance.

Mr Burke said: “A lot of people will do the survey before work in the mornings and then keep a closer eye on their gardens at the weekend. Every year we get great feedback from people participating for the first time, and a lot of households make it a family affair and get the kids involved too.”

He said that over the last 30 years the survey had documented the rise of the goldfinch in gardens across Ireland due to better over-wintering survival, and the decline of the greenfinch over the same period due to the trichomonas gallinae parasite.

“Each winter there’s a battle at the top between the robin, blackbird and blue tit, and the number of other species varies a lot from year to year depending on how successful breeding was the previous summer, how cold it gets over the winter, and how many birds arrive from overseas to spend the winter in Ireland,” Mr Burke said.

There are more than 450 species currently on the Irish bird species list. But many birds are migratory and many are rare or unusual in Ireland, despite the fact that they are common residents across the Irish Sea in Britain, according to Birdwatch.

This year’s survey is sponsored by the Ballymaloe Birdwatch group.

Birdwatch Ireland is the largest independent conservation organisation in Ireland. Established in 1968, it has more than 15,000 members and supporters and a local network of over 30 branches.

Its primary objective is the protection of wild birds and their habitats in Ireland.

Full details are available at birdwatchireland.ie