No country for cows and badgers: Ireland’s bovine TB problem

Farm patterns, ecology and geography may make Ireland a paradise for the pathogen 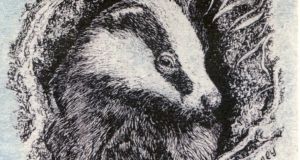 Almost half a century ago, in 1971, a news item in the British press prompted some dark apprehension. A badger killed on a road in Gloucestershire, an English hot-spot of bovine TB, was found to be carrying the disease. Then this paper’s environment correspondent, I warned of a hazardous future for the animal in Ireland.

Tens of thousands of dead badgers later, snared and shot by the State or killed in rural persecution, the Republic still has a problem with badgers cross-infected with bovine TB.

More than 20 years ago I began writing about the first Irish tests of a vaccine for badgers. Just as rabies in foxes had been quelled on the Continent by scattering bait with a rabies vaccine, perhaps a bovine TB vaccine in bars of peanuts and chocolate could tempt and protect the tribe of Meles meles.

This year, convinced at last by long field trials of direct administration of the vaccine, Minister for Agriculture Michael Creed confirmed its use as part of a final drive to eradicate bovine TB.

Rejecting a policy of culling, Northern Ireland traps and tests badgers and vaccinates the healthy ones for release. But the North, like England and Wales, has faced a rise in bovine TB infection since the late 1980s. Now, three veterinary researchers in Belfast’s Agri-Food and Biosciences Institute have raised a disturbing hypothesis. They ask if factors special to these islands could be conspiring in “a perfect storm” (their phrase) to make disease control more difficult.

Eradication schemes have been successful in a number of EU countries, and the researchers wonder why “the territories of the United Kingdom and Republic of Ireland struggled to eradicate bovine TB” compared with their continental neighbours.

Much of their paper, published online by Frontiers in Veterinary Science, examines the effectiveness of varying skin tests used to detect infection in cattle. Britain came close to achieving eradication in the 1960s and 1970s, but the disease is now resurgent in the west of England and badger culls (30,000 killed so far) can arouse intense public opposition. Their new approach considers other “ecological and epidemiological candidates” that may be at work.

For a start, Britain and Ireland have the highest density of cattle in Europe, averaging 4.3-5.4 per square kilometre compared with Europe’s 0.29-0.55. Both the Republic and Spain have about six million cattle, but Spain is more than seven times bigger (and does still have a problem).

The relatively benign climate of these islands has badgers thriving at an average three to five per square kilometre in the areas of mixed woodland and pasture they share with cattle. This is also the highest density recorded in Europe.

There are also big differences in social attitudes to wildlife and its welfare. Badger hunting is widespread and sometimes intense in a number of countries, even though the animals are protected under the Berne Convention, the first international treaty on wildlife conservation.

“In Germany,” the study points out, “the annual hunting recorded bag for badgers has been between 50-70,000 per annum, within an increasing trend in the hunt bag in recent years ... Similarly, in Finland 8,600-14,000 badgers have been reported in the national hunting records per annum and an increasing trend is reported in Poland, where recent game bags are in excess of 4,000 badgers.”

Hunting badgers with dogs, along with baiting and digging them out, springs from long European traditions of hunting and rural animus to them, now reinforced by the link to disease. Whatever about such animus in Ireland, some badger-baiting with dogs persists.

The Belfast trio go on to discuss climate, so basic to any ecosystem. Ireland is promised even milder, wetter winters. Flooded fields spread bovine TB bacilli, teeming in the urine trails and latrines of infected badgers, and in the casts of earthworms processing cowpats carrying disease. Worms are part of Irish badger diet, if not so richly as in Britain.

Rain is also essential to the life cycle of liver fluke, which spends part of its time in mud snails in wet grass. Licked up by grazing cattle, the parasite feeds on blood in the bile ducts. The researchers wonder if carrying this infection could make cattle more vulnerable to bovine TB, and suggest that farm patterns, ecology and geography may make Britain and Ireland a “goldilocks zone” for the pathogen.

Scientists more usually save this term for an area of space in which a planet has just the right temperature for life. But for the cows and badgers of these islands, the planetary porridge may be getting far too soggy.