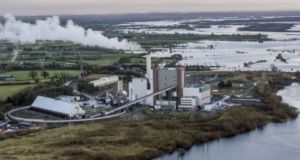 There is a pressing need to be honest with what communities in the midlands are facing as the region gets out of peat, the Oireachtas Climate Action Committee has been told.

As a person living among workers who were losing jobs with Bord na Móna and at ESB power plants, Padraig Boland training manager with Laois Offaly Education and Training Board, said what was happening was “neither just, neither transition” in helping people secure a sustainable future.

“You have to be honest with communities,” he added.

The committee is staging hearings to evaluate just transition plans for the midlands, especially in light of Bord na Móna getting out of peat production and the ESB closing power stations in Lanesboro and Shannonbridge sooner than had been anticipated.

Senator Paul Daly (FF) echoed calls for more realism on what was happening on the ground. Some reports, he noted, were suggesting “every one is going to walk out the gate of Bord na Móna and walk into jobs retrofitting houses”.

It opened its voluntary redundancy programme last year, and close to 500 people will have exited by the end of 2019, she confirmed. “As a large employer in a rural region, the closure of 21 bogs across the region is deeply felt, both directly and indirectly.”

Following last Friday’s announcement of power station closures at the end of 2020, “it is reasonable to assume the 2025 date [\for Bord na Móna exiting peat] may too be brought forward”.

It was initially believed there would a 15-year transition period up to 2030. “That has been reduced to 13 months. That is a challenge,” she admitted

In the recent years, the midlands, under a jobs action plan, experienced employment growth, but “these hard-earned gains are now under threat”, Ms Delaney said.

The measures announced in the budget, must be supported and reinforced in the years ahead “and we as a region would ask that the unique challenge faced by the midlands in transitioning to a low-carbon economy is very much to the fore as negotiations commence on the EU budget post 2020,” she said.

Green Party leader Eamon Ryan underlined the need for honesty with communities and measures to quickly address skills deficits as the local economy changes “from brown to green”.

While the hard reality was there was no future in peat, which is responsible for 11 million tonnes of annual Irish carbon emissions, he had no doubt 20,000 new jobs in retrofitting, could be matched by 20,000 in rewetting bogs and 20,000 in forestry if skill deficits were addressed.

Former minister for climate action and environment Denis Naughten criticised Bord na Móna, saying it knew last year the scale of redeployment that would be needed but that a skills audit at its Mount Dillon facility in Co Longford was only begun this week.

The €20 million scheme to retrofit houses in the midlands needed to be implemented by companies based in the region once brought up to the expertise needed – and not by the Sustainable Energy Authority of Ireland bringing in companies from outside, he said.