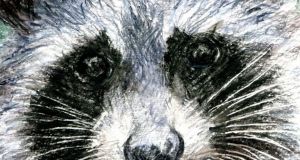 1. All but one of these berries are used in new Irish “botanical” gins: sloe, hawthorn, ivy, blackberry, elderberry, fraughan. Which would be a mistake?

2. Quince and medlar belong to which fruit family? (a) Apple (b) Peach (c) Pear

3. “Our shells clacked on the plates. My tongue was a filling estuary.” What was Séamus Heaney eating?

4. Which buds of a tropical flower make a hot toddy spicy?

5. Which winter nibble left abundant shells in the debris of Viking Dublin?

6. Wood hedgehogs, penny buns and lawyer’s wigs are edible kinds of what?

7. Bilberry, crowberry, lingonberry and bearberry all grow on Irish bogs. True or false?

8. Tofu will be a common ingredient of vegan Christmas cooking. What is it made from?

9. Our whooper swans of winter fly in from which country?

10. Gaze-a-Marie is a French name for the silken threads that carry small spiders through the air. What are the threads called in English?

11. The smallest rorqual off our coasts is named for which Norwegian seaman?

12. “Their knickers were made of crepe de chine, their shoes were made of python,/ Their halls are lined with tiger rugs and their walls with heads of bison”. Lines by which Irish poet?

13. An organic species called nostoc spreads dark and rubbery goo on wet paths and lawns. Is it (a) lichen (b) alga or (c) slime mould?

14. Coppiced rods spring from the stump of a felled tree; where do pollard poles grow from?

15. Which of the cetaceans had the name of “herring-hog”?

16. Which Sligo hills are named for birds now rarely found nesting there?

17. Three-fourths of Ireland’s soil organic carbon are held in which kind of landscape? (a) forests (b) grasslands (c) bogs

18. For which global species would Sir David Attenborough urge a smaller population?

20. Which tree-climbing predator, imported as a pet (see drawing), has joined local wildlife in some parts of southwest Ireland?

21. “Bonxie” is a birders’ name for which fierce bully of a northern Atlantic seabird, now breeding on some western islands?

22. Common, soprano and Nathusius’s are all kinds of which Irish mammal?

23. Bog-deal is the excavated wood of which tree?

24. A handsome bird of our winter coasts is the “loon” of America. Our name is what?

25. Buckler, stag’s head and hart’s tongue are kinds of which Irish plant?

26. “Its fine wattle of brittle stalks couched and housed my forefinger” in which nest explored by poet Sean Lysaght?

27. Which sucker-mouthed river fish moves stones around to make a nest?

28. In a scientist’s view of the ocean, where is the benthos?

29. Which scientist gave us the theory of Earth as “Gaia”?

30. On hill-streams, which bird can walk under water?

31. Which hedgerow tree has pink-and-orange fruits in winter? (a) hornbeam (b) Guelder rose (c) spindle

32. In Viking Ireland, tons of sphagnum moss were brought into Dublin for what purpose?

33. An pocaire gaoithe in Irish, windhover in parts of UK; which bird?

34. The Burren has hollows that are lakes in winter but dry out in summer. What are they called?

36. What are the smaller, slender versions of the dragonfly?

37. In which Irish habitat would you find lawns and hummocks?

39. What is the new term for making more room for Europe’s bears, boars and beavers?

41. What is the botanical name of the west’s “giant rhubarb”?

42. Apart from road traffic, what kills most hedgehogs?

43. Who first devised the descriptive naming of plants by two words in Latin?

44. Cuttlefish and squid are both cephalopods. Name an even cleverer relative.

45. Which barnacle, named for a bird, clusters on washed-up timber?

46. Newts have four toes on their front feet. Which similar-seeming Irish reptile has five?

47. What spinning effect of Earth keeps the jet streams whirling west to east?

48. “A knife-thrower/ hurling himself, a rainbow/ fractured against/ the plate glass of winter”: Michael Longley’s image of which bird?

49. In an episode of David Attenborough’s Seven Worlds, One Planet, polar bears were seen killing which new aquatic prey?

50. Which bright butterfly sometimes hibernates indoors, in sheds or curtains?

Scroll down for answers