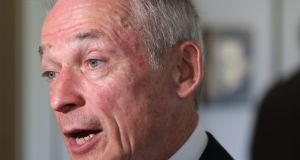 The IDA should change its successful strategy in attracting foreign investment to highlight how Ireland is embracing climate actions, and providing opportunities for those wishing to decarbonise, an EPA conference has been told.

That was the verdict of the climate advocate, Dr Edward Cameron, a Dubliner based in the US who has advised governments on how best to respond to climate disruption – and previously worked for the World Resource Institute.

The IDA approach was one of the greatest success stories of his lifetime, he said at the conference, the theme of which was Ireland becoming a climate leader.

The compelling mix – a young, capable English-speaking workforce; low corporation tax and access to the EU single market – had worked. The tagline in attracting international investment would, however, have to change form “at the heart of Europe” to “at the heart the new climate economy” if that success was to continue backed by being a genuine green economy, he said.

Planning and zoning issues had to be addressed as the decision by Apple to move investment from Athenry to Copenhagen indicated companies who cannot access renewable energy from the grid or cannot build their own on-site renewable power source “will pick up and go elsewhere”.

Globally, the focus needed to shift beyond talk of “climate apocalypse” though there was only limited time to address the issue. It was all solvable with technological and financial innovations.

“The real tragedy of climate change is that it undermines human rights; people’s right to food, health and life – and that it disproportionately affects the marginalised and the vulnerable,” he added.

Others were seizing opportunities in “the new climate economy”. China, he noted, had committed to have 20 per cent of its energy needs from renewables by 2020, equivalent to all the energy consumed in the US over a five-year period. This was part of move that would see it become “the clean energy superpower of the 21st century”.

Minister for Climate Action Richard Bruton said the declaration of a national climate emergency by unanimous Dáil vote was more than symbolic, and signalled politicians wanted to take a leadership role.

The vote was “not giving an individual super powers in war time” but it was recognition Ireland was 95 per cent off target on its commitments, which was not acceptable for a wealthy country.

He said there was a risk of divisions opening up during move to a decarbonised Ireland. Sectors should not be set against one another, while fairness was essential for a just transition.

In that difficult mix would be climate deniers; “many purveyors of magic bullets that simply don’t work”, and those who say “let big oil pay” when people needed to be weaned off fossils fuels or “let China or India pay” – a view he heard expressed in surprising quarters.

Mr Bruton confirmed Ireland would only reduce its emissions by 1 per cent in 2020, when it had promised to achieve a 20 per cent reduction. This would result in having to buy compliance of up to €150 million in 2020 – “buying out our failure” – with a risk those fines could escalate dramatically in following years.

The Minister for Finance would shortly begin consultation on increasing carbon tax in the 2020 Budget and on how those revenues should be used. The tax was likely to ultimately reach €265 per tonne of CO2 by 2050, Mr Bruton added, which would concentrate minds in switching away from fossil fuels.

The Government’s climate plan due to be published shortly would include sectoral targets and set out pathways to reduce Ireland carbon footprint in the least burdensome and least costly way. It would be driven by the Department of the Taoiseach and be subject to yearly reviews, he confirmed.