How Ireland’s plastic pollution became part of our diet 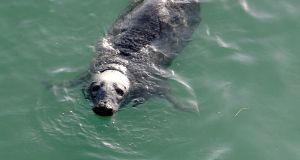 Plastics are entering the world’s oceans at an alarming rate and Irish scientists are finding them everywhere, from deep sea sediments and Arctic ice, to the stomachs of marine mammals, birds and even fish that end up on our dinner plates.

“We know that they’re in the human food chain because they’re in fish,” says Dr Anne Marie Mahon of the Marine and Freshwater Research Centre at the Galway-Mayo Institute of Technology. “We know that plastics contain endocrine disruptors, which can be carcinogenic, so yeah, this is really of concern.”

Scientists already know plastic pollution is dangerous and even deadly for marine animals, but the human health implications are still unknown.

Microplastics are so small, less than 5mm in diametre, they escape the filters of most waste water treatment plants.

“90 per cent of microplastics channelled through the waste water treatment system is ending up in the sewage sludge and 10 per cent is still going out in our treated water, which then goes back into our rivers and our lakes,” explains Mahon. “We actually apply our sewage sludge mostly to agricultural land for tillage and we don’t know or understand what happens to it after that.”

Mahon is currently researching the fate of such plastics, which could be ending up back in Ireland’s waterways.