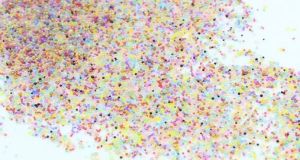 Microbeads: pollution from microplastic-containing cosmetics contributes to a huge marine environmental challenge, according to Simon Coveney

The Government must lead by example and ban plastic microbeads rather than wait for an EU-wide agreement to protect our seas, a leading marine biologist has said.

Minister for Local Government Simon Coveney said earlier this year that he would prohibit cosmetics, toothpastes and other products containing the beads, calling microplastic pollution one of the most significant marine environmental challenges of the 21st century.

The minister warned that their tiny size and shape meant billions of microbeads were being washed into our rivers, lakes and seas each year, but he stopped short of calling for a blanket ban, saying that microplastics had legitimate uses in medical and veterinary pharmaceuticals.

Microbeads are tiny pellets of plastic often found in face scrubs, toothpastes, exfoliants and detergents. As they tend to pass through water-filtration systems they often end up in the food chain of marine mammals, fish and crustaceans.

Every time we wash our face with a cleanser or scrub containing microbeads between 5,000 and 100,000 of them are washed down the drain

Every time we wash our face with a cleanser or scrub containing microbeads between 5,000 and 100,000 of them are washed down the drain. The beads are just one of the many types of plastic litter creeping into our oceans and killing an estimated 100,000 marine mammals and up to a million seabirds every year.

The public consultation that Mr Coveney launched in February has attracted more than 3,000 contributions; the Department of Housing says it will publish the findings at “a later date”. It has also said it was examining similar prohibitions in the United States and Canada and plans under development in France and the UK.

Marine biologists say the use of microbeads must end as soon as possible. Dr David Santillo, a Greenpeace scientist and honorary biosciences research fellow at the University of Exeter, says that it remains unclear how many products include the pellets and that a blanket ban is the only solution.

“Dealing with microbeads is very simple – they can be replaced with more biodegradable natural materials – but something needs to happen as soon as possible,” he said. “It’s remarkable that anyone thought it was sensible and sustainable to put these plastics into products in the first place. It’s very hard for consumers to tell whether their products contain microbeads. The labelling tends to be unclear, so even if people are keen to avoid them it’s difficult.”

Dr Santillo said some in the cosmetics industry want a minimum threshold, whereby microbeads under a certain size can still be used. “This is really inadvisable. Some of these microbeads are very small, but there is no scientific evidence that they will be any less harmful.”

He added that he found it “hard to believe” that there was no alternative to microbeads in medical and veterinary pharmaceuticals.

“What this is about is dealing with the hundreds of thousands of consumer products being used every day across Ireland, which add up to billions of microbeads. Someone has to take the lead. Why not the Irish Government? If the environment is so important to Ireland there’s no reason why they shouldn’t be leading with this.”

The Irish Cosmetics, Detergent & Allied Products Association said that voluntary action taken since 2015 by the European cosmetics industry had proved extremely effective and claimed an 82 per cent drop in the use of microbeads between 2012 and 2015. It added that manufacturers plan to remove all plastic microbeads from rinse-off cosmetics by 2020 and that any ban must be aligned with international legislation to avoid “disadvantaging the Irish industry”.

La Daana Kanhai, a PhD candidate at Galway-Mayo Institute of Technology who is researching the impact of plastic debris on oceans, said the pellets’ removal from hygiene products will not affect people’s daily lives. “You don’t need microbeads in these cosmetic products, because they can be replaced with natural items, like the kernels of apricots.”

Allowing billions of microbeads to filter through our water systems every day is severely affecting the food supply of marine wildlife, and some species of fish and crustaceans are at serious risk, according to Ms Kanhai. She added that microbeads are just a small part of the microplastics problem and that a ban would be only a first step in protecting the marine environment.

“The majority of plastics we’re finding in the ocean are fibres,” she said. “These are coming from our clothes, fleeces and polyesters and passing through our washing machines. Countries cannot wait for one another to act. We each have a role to play in stopping these plastics destroying our oceans.”