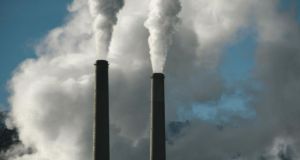 Carbon emissions are set to rise up until 2040 even if governments meet their existing environmental targets, the International Energy Agency has warned, providing a stark reminder of the drastic changes needed to alleviate the world’s climate crisis.

In its annual energy outlook released on Wednesday, the IEA said a rapid reduction in emissions would require “significantly more ambitious policy action” in favour of efficiency and clean energy technologies than those being planned. Until then, the impact of an expanding world economy and growing populations on energy demand would continue to outweigh the push into renewables and lower carbon technologies.

Fatih Birol, IEA executive director, said: “The world needs a grand coalition encompassing governments, companies, investors, and everyone who is committed to tackling the climate challenge. In the absence of this, the chances of reaching climate goals will be very slim.”

The report noted the world’s reliance on fossil fuels remained “stubbornly high”, with a “gap between expectations of fast, renewables-driven energy transitions and the reality of today’s energy systems”. Energy use accounts for almost all global carbon dioxide emissions and about two-thirds of all greenhouse gases.

Mr Birol pointed out that the current set of government policies would not bring the world in line with the Paris climate goals of limiting temperature rises to well below 2C or even a more aggressive 1.5C target to prevent the worst impacts of climate change.

Should governments stick with current policies under a “business-as-usual” scenario, carbon emissions from energy would amount to 41.3 gigatonnes by 2040. Yet even if policymakers followed through on the climate measures already announced, the IEA’s calculation was that this figure would only fall to 35.6Gt.

Carbon emissions, mostly caused by the burning of hydrocarbons such as oil and coal, trap heat in the atmosphere, which leads to climate change. These emissions grew 44 per cent between 2000-2018 to 33.2Gt. Over the same period, global energy demand - of which fossil fuels made up 80 per cent - increased 42 per cent.

The IEA also modelled a “sustainable development” scenario of stricter energy efficient policies and lower energy demand. While emissions would fall to 15.8Gt under this scenario, critics have said it does not go far enough in mapping the deep cuts needed to limit warming to 1.5C.

Joeri Rogelj, lecturer in climate change and the environment at Imperial College London’s Grantham Institute, said even this scenario “leads the world down a dangerous climate action cul-de-sac, which ends in 2050 with a world warming beyond a level science considers compatible with sustainable development of poor and vulnerable populations”.

The IEA noted that the global value of fossil fuel consumption subsidies in 2018 was nearly double the combined value of subsidies for renewable energy and electric vehicles as well as the revenue from global carbon pricing schemes. “This imbalance greatly complicates the task of achieving an early peak in emissions,” the IEA said. - Financial Times