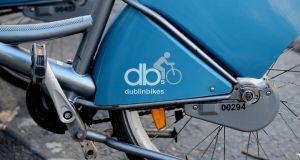 Fifteen new Dublin Bikes rental locations will open in the coming months, almost two years after the expansion of the popular scheme was due to be completed.

The new bike stations will mainly serve the new DIT campus at Grangegorman, with just two stations to open on the southside of the city at Merrion Square South and Wilton Terrace, adding a total of 100 extra bikes to the system.

Four of the stations, those nearest the college campus, opened on Tuesday, with the remainder to open by early June. However all 15 had originally been due to open by September/October 2016.

The National Transport Authority (NTA) in February 2016 wrote to then minister for transport Paschal Donohoe outlining plans for the 15 new bike stations which would allow the rental scheme to be extended to Grangegorman – representing the first major expansion of the scheme into suburban Dublin.

However, the following August less than two months before the stations were due to open, Dublin City Council said it couldn’t afford to operate the additional bike stands as the service was already running at a loss.

The scheme at that time cost €1.9 million a year to run while subscriptions and usage charges collected came to €1.2 million. Coca-Cola paid €312,000 in sponsorship, with the council covering the shortfall.

Last July the council announced it was switching sponsors to takeaway ordering and delivery company Just Eat. The new contract will see Just Eat invest €2.25 million in the scheme up to mid-2020, an increase of 15 per cent on the Coca-Cola deal, the council’s assistant chief executive Richard Shakespeare said. This extra funding, on top of a €1.2 million grant from the NTA, allowed the expansion to go ahead, he said.

In November 2016 the council announced it would draw up plans to bring the bike scheme to “urban villages” such as Ballymun, Finglas,Terenure and Ballyfermot. However Mr Shakespeare said, this proposal had been superseded by plans for “stationless” bikes.

The council plans to next month award licences to two companies to offer bike hire via a smartphone app which will locate an available bicycle. A GPS-enabled lock allows a bike to be left at any location around the city without the need to return it to a docking station.

This will be a complementary service to the Dublin Bikes scheme which has been operating in the city since 2009 as a partnership between outdoor advertising company JC Decaux and the council.

The company funded the scheme in exchange for advertising space on the city streets, with additional revenue coming through subscriptions and hire charges. However, despite the popularity of the scheme, it ran at a loss and in 2014 a three-year commercial sponsorship deal was struck which saw each bike branded with Coca-Cola Zero livery.