Dublin Bikes: Adverts near US embassy 'nasty' and 'tacky' 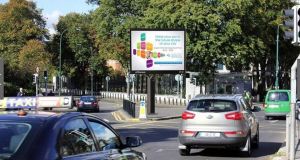 Plans to erect commercial advertising screens in Dublin 4 as part of the Dublin Bikes contract have been described as “nasty” “contemptible” “tacky” and “grossly offensive” by An Taisce’s heritage officer.

Dublin City Council plans to install four screens, more than 3m wide and almost 6m tall in the southeast of the city, to fulfil its side of the Dublin Bikes deal with advertiser JC Decaux.

Three of the double-sided advertising panels known as Metropoles would be located in Dublin 4, at Donnybrook Road, Shelbourne Road, and Pembroke Road in front of the US Embassy, while a fourth is proposed for Dublin 2 at Charlemont Street.

The council’s planning department said if the new structures were not approved the bike rental scheme could suffer a reduction in service.

Three An Taisce representatives have lodged separate objections with the council to each of the applications. The body’s heritage officer Ian Lumley said all four proposals represented a “contemptible increase in the impact of tacky advertising in the city”. 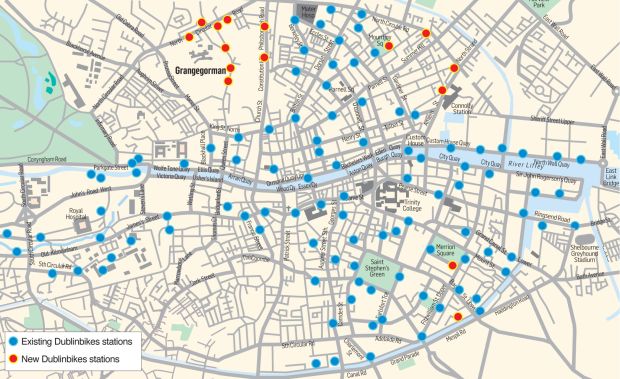 The proposal at the “attractive townscape” close to the embassy was a “nasty intrusive proposed intervention”. It was also “grossly offensive and visually deleterious”, he said. In Donnybrook, the panel would “worsen the already hideous impact” of advertising which “infested” the village.

An Taisce’s representative on the council’s planning committee Valerin O’Shea also made objections to each of the panels. Allowing private advertising on public lands would not be in the “public interest”, she said.

Separately An Taisce, to which the council referred the applications for comment, requested that the four proposals be rejected and said they would be “visually obtrusive, out of character with, and seriously damaging to the city’s environment”.

The embassy did not make any submissions on the proposals.

The council said it had assessed 50 sites in order to find locations for the panels. The southeast of Dublin has the highest concentration of bike stations at 47 per cent, but has just 25 per cent of the advertising screens, it said.

In 2006 the council signed a contract with JC Decaux, one of the world’s largest outdoor advertising companies, for the bike rental scheme. The bike service began operating in 2009 and was extended in 2010 by 100 bikes. To fund the extension the council agreed to 10 additional advertising screens, six of which have been installed but four of which remain outstanding.

The council has proposed funding the future expansion of the bike rental scheme by the use of more outdoor advertising. In a report to councillors last April the council said the most “commercially efficient” sites for advertising would be heavily trafficked routes, or key civic and retail areas such as O’Connell Street, College Green and Grafton Street.