FF position inconsistent, says Minister: ‘FF is willing to fine householders but not charge them’ 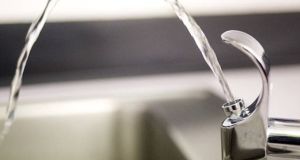 Minister for Public Expenditure Paschal Donohoe has criticised Fianna Fáil’s position on how to respond to households that consistently waste water. Photograph: Getty

Minister for Public Expenditure Paschal Donohoe has strongly criticised Fianna Fáil’s position on how to respond to householders who consistently waste water.

Mr Donohoe said there will be consequences for the taxpayer if people who waste water are fined and possibly taken to court, as Fianna Fáil has suggested.

Fianna Fáil has proposed “district metering” as opposed to metering individual homes as a solution to identifying those who consistently waste water but the party has not specified how such a system would work.

The Minister said this would present significant challenges for any government.

Mr Donohoe said Fianna Fáil was willing to fine householders but was not willing to charge them.

He said: “This is the kind of inconsistency that needs to be resolved over the coming weeks.”

The Minister is understood to be examining the cost implications of the various decisions to be taken by the Oireachtas committee examining the future of water charges.

This includes the refunding of householders who paid their levies, the universal metering programme and funding for Irish Water.

Fianna Fáil and Fine Gael remain at odds over the direction of the levies.

Fianna Fáil’s view is there is no wide scale wasting of water and therefore a charge is not necessary.

It supports provisions in the 2007 Water Services Act which allows for fines of up to €5,000 or three months imprisonment if a household wastes water.

The party does not support the installation of meters and says the identification of any homes wasting water can be achieved by the use of “district metering”.

Fine Gael supports a moderate use for those who waste water. It says a limit should be determined by the Commission for Energy Regulation and anything above that should be levied.

It says household meters are the only method of determining excessive use.

The Oireachtas committee which is examining water charges is to meet again tomorrow to assess a draft report based on the various positions adopted by individual parties.

Members have also requested legal advice to assess if their proposals may breach European law.

They were due to report by March 13th but this is likely to be delayed.