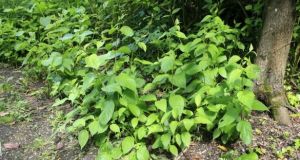 Dublin City Council has agreed to work to eliminate one of Europe’s most hated weeds found on privately owned land in the Stoneybatter area of Dublin for up to five years in a major reversal of a stance it adopted earlier this summer.

Japanese knotweed has been growing on the O’Deaveney Gardens site near the Phoenix Park and subsequently spread into the gardens of homes adjacent to the Dublin City Council-owned land.

Its spread has sparked concern among local homeowners who feared its presence could damage or devalue their properties.

Earlier this year the council started treating the knotweed on the site which is just off the North Circular Road but it warned local homeowners they would have to pay private contractors to tackle the weeds on their own properties.

Initially Dublin City Council said that while it was “aware of the problem” on its land, all weeds growing in private or rented houses “would be a matter for the landlord or tenant”.

The costs associated with such treatments can run to thousands of euro and it can take several years before the problem weed is eradicated. Without a concerted and coordinated approach it can easily grow back.

However, in recent days the council has agreed to spray the weed found on privately-owned land at no cost to impacted homeowners.

In correspondence with local residents, a local authority official confirmed that it had “engaged a contractor to carry out a treatment programme on the Knotweed found on the O’Devaney site”.

The official said that “as a gesture of goodwill to neighbouring property owners” the treatment programme - which will involve two sprays per year for up to five years - “will be extended to include spraying of the four private properties on the O’Devaney perimeter on which knotweed was also found” with the first treatment scheduled for Friday.

Japanese knotweed was introduced to Ireland as an ornamental perennial in the 19th century but its deep and extensive root system, which can undermine building foundations and roads, saw it become one of Europe’s most hated weeds.

Killing it is notoriously difficult and can require repeated treatment over several growing seasons. Spraying is often considered insufficient and the roots need to be injected with weedkiller.

It thrives on disturbance and can easily take over environments where soil is disturbed and transported. It is a “controlled waste” under Irish environmental protection legislation and must be disposed of at licensed landfill sites.