Climate and the budget: Carbon tax hike and funding for sustainable transport 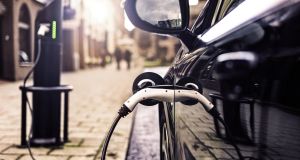 A range of climate actions are threaded through Budget 2021, with significant measures including an overhaul of motor taxation; carbon tax increases, and retrofitting to reduce emissions from buildings. But the lion’s share in capital funding – €1.8 billion – is going to “sustainable transport”.

The overhaul of motor tax and vehicle registration tax (VRT) is designed to push car buyers towards “green choices”. New car buyers who opt for more sustainable vehicles such as electric vehicles and hybrids will benefit from lower VRT, while petrol and diesel cars with higher emissions – including SUVs – will be more expensive.

Minister for Finance Paschal Donohoe identified the fundamental flaw in with the current system; it is based on “artificially deflated CO2 levels”; ie not real on-road conditions. So Ireland is transitioning its CO2-based vehicle registration tax regime to the more robust Worldwide Harmonised Light Vehicle Test Procedure emissions system.

VRT rebates for EVs and direct exchequer support for hybrids and plug-in hybrids will expire by the end of 2020, but he underlined lower VRT rates will compensate and keep prices similar or, in some cases, below current levels.

There was outrage last year when the threat of a hard Brexit and unrest among anxious rural TDs supposedly scuppered plans for an increase in carbon tax on fossil fuels. This year’s €7.50 increase on fossil fuels to €33.50 per tonne of CO2 equivalent was well-flagged in the programme for government, and already had backing from most parties in the Oireachtas.

An increase in the Fuel Allowance of €3.50 is designed to ease impacts on vulnerable groups including older people.

Critically, Mr Donohue said similar yearly carbon tax increases would soon be enshrined in law with a view to reaching €100 per tonne by 2030.

On motor tax, carbon-polluting petrol and diesel vehicles – notably older vehicles – are targeted, while it will decrease for low-emission cars.

On retrofitting, €222 million in capital funding is allocated for retrofitting of residential housing and community schemes; an 82 per cent increase on last year – while €109 million is provided to support lower-income households to retrofit their houses. This represents the first part of a programme to upgrade houses to B2 energy grade at a cost of €50 billion over 20 years.

To facilitate this an additional 100 staff are to be taken on the Department of Environment, Climate and Communications and in the Sustainable Energy Authority of Ireland, which in effect will become the “retrofit delivery body”. A “one-stop shop” concept and combining retrofits under one scheme is considered be the key catalyst for accelerated take-up.

Sustainable transport includes funding for walking and cycling infrastructure; carbon-reduction programmes, greenways, and public transport, which has a €1 billion allocation for BusConnects, Metrolink and extending the Dart. Much of the focus will increasingly be on electrification of transport, which is seen as critical to reduce its high level of emissions in the sector.

The Government, he said, has benefited from “a lucky window” with almost record lows in fossil fuel prices over the past four years, making it “a safe time [ politically] to increase carbon tax”.

This would add just €28 per year to running the average family diesel car and €20 per year for those with a petrol car. Given Covid-19, deferring home heating oil costs until May next year was a good approach. He estimated the tax increase would result in €45 increase in annual kerosene bills, and €50 for those using gas to heat their homes.

Worst affected would be the 100,000 householders relying on coal, who face a €130 per year hike. This was, however, sending the right signal; that the dirtiest fuels would see the highest tax increases, Dr Deane added.

On moves to scale-up retrofitting homes, he believed there was an important connection to be made with carbon tax, which this year would raise up to €390 million. This could retrofit 13,000 homes but there was no transparency on how exactly this revenue was being spent.

“The Government needs to work on an overlapping narrative,” he suggested. The tax revenues were a significant opportunity to improve the lives of families and at the same time to improve understanding of how the tax is used – this, he believed, would secure more public support for climate actions.