Budget 2021: Government ‘may be trying to limit’ further flow of IP assets into Ireland 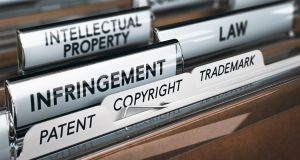 A change in Ireland’s taxation scheme for intellectual property (IP) in the budget is being introduced overnight and has come as a surprise to foreign investors and their advisers.

Under the change, companies who move their intellectual property out of Ireland or sell it on after holding it here for five years will face a clawback on significant capital allowances they have claimed.

Previously this clawback only kicked in if the move happened in under five years. However the new regime applies only to new intellectual property assets moved to Ireland and not to IP already here.

The change was made “to ensure that Ireland’s tax regime for intellectual property is fully in line with international best practice”, according to Minister for Finance Paschal Donohoe.

Changes of this kind normally follow consultation processes and sources say the Government may be trying to limit the further flow of intellectual property assets into Ireland.

A flood of these assets has moved to Ireland in recent years due to changes under the first phase of OECD rules and while this has helped to boost corporate tax revenue, it has also put the focus on Ireland’s tax regime in the next phase of OECD talks now underway.

The change announced on Tuesday is not expected to have any significant impact on tax revenue in the short term.

Mark Redmond, chief executive of the American Chamber of Commerce Ireland, which represents US firms here, said that the kind of change introduced would not normally be made by way of a resolution on budget night.

He welcomed the Minister’s commitment to publish and hold consultations on a corporate tax roadmap, which plans policy in the years ahead.

Mr Donohoe reaffirmed Ireland’s commitment to the 12.5 per cent tax rate, but warned of uncertainty on the corporate tax outlook as the OECD talks on a new global framework face a new deadline of mid-2021, with no guarantee of success.

The Minister said that the updated corporate tax framework would take account of this week’s publication by the OECD of the latest phase of its corporate tax reform programme. It will attempt to get political agreement on this in the months ahead.

Agreement at the OECD “would present challenges for Ireland as changes in the international tax framework would see a reduction in the level of profits taxable here”, according to Mr Donohoe. However he warned that failure to reach an agreement “would also have negative consequences for the exchequer”.