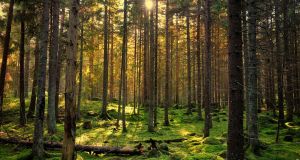 The legislation will change the way appeals lodged against felling licences are handled and allow the Forestry Appeals Committee to increase in size and to hear more than one appeal at a time. Photograph: iStock

The Cabinet has approved a series of forestry sector reforms aimed at reducing a logjam in the processing of appeals of tree felling licence applications.

Legislation being introduced by Minister of State Pippa Hackett is scheduled to go through the Oireachtas by the end of next week.

It follows warnings from forestry industry representatives and the semi-State firm Coillte that delays in the licensing process could lead to timber shortages and thousands of job losses.

The legislation will change the way appeals lodged against felling licences are handled and allow the Forestry Appeals Committee to increase in size and to hear more than one appeal at a time. It will also be allowed to determine appeals without an oral hearing where appropriate.

A controversial proposal to limit appeal options to a “relevant person or body” has been dropped but a decision to introduce appeal fees has been criticised by Friends of the Irish Environment (FIE).

“I am very happy with the level of support the Bill received from Cabinet colleagues,” Ms Hackett said.

“This is a crisis I inherited. The backlog in appeals is hugely damaging to the forestry industry and it needs to be dealt with urgently, as job losses are imminent and an industry which supports 12,000 mainly rural jobs in Ireland and contributes €2.3 billion to the economy is at immediate risk.”

Ms Hackett said she was committed to overseeing an ambitious afforestation programme which plants “the right tree in the right place”.

When the appeals problem was resolved, she said she intended “to move swiftly to develop a new model for Irish forestry, one which addresses environmental concerns, protects nature, and supports a commercial forestry sector”.

“As a follow on to this... we urgently need a properly resourced and functioning Forestry Appeals Committee such that the committee can immediately tackle the massive backlog of appeals and, going forward, can hear appeals on a more timely basis,” she said.

Forest Industries Ireland director Mark McAuley said there were 500 files due to be processed by the committee. The legislation was “not a panacea but is absolutely essential”. He said the introduction of a fee was “important to make the system more reasonable for all sides” and to help finance the appeals process.

The “logjam” arose from the Government’s failure to implement European directives, not from the number of objectors,” said FIE director Tony Lowes,

In spite of dropping the “relevant person” requirement, he said the legislation contradicted the Aarhus Convention as “the State should not impose financial constraints on members of the public who wish to participate”.

“To respond by increasing restrictions intended to silence public participation does not address the core issues and will only undermine democracy at a time when the State needs the cooperation of all its citizens to make the hard choices that climate change is bringing.”

Fórsa, the union representing forestry workers, said the legislation was welcome but needed to be passed within the timeframe outlined.