A potted history of plants at Dublin’s National Botanic Gardens 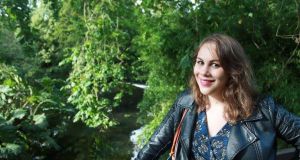 Charlotte Salter-Townshend, who devised the new walks, will focus on the geographical origins of plants and the role some played in the development of slavery and international trading routes

Plants and Power: Botanical Imperialism is the intriguing theme of a new series of guided walks in the National Botanic Gardens on Saturdays in September.

Devised by guide Charlotte Salter-Townshend, the walks will explore the geographical origins of plants and the role certain plants played in empire building, the development of slavery and international trading routes.

“I’ll be retelling certain parts of history through plants and look at how the world was shaped through the trading of tea, coffee, sugar, cotton and other plants,” explains Salter-Townshend, who has a master’s degree in public history and cultural heritage from Trinity College Dublin.

Admitting to having scant knowledge of how to grow plants, this enthusiastic guide at the botanic gardens has, instead, a fascination for the history of botanical gardens, 19th-century plant hunters and the often ruthless trading of newly discovered plants from Asia and South America.

For example, Salter-Townshead has tracked how rubber, which originated in Brazil, was brought through England to southeast Asia, where rubber production was then developed. And, did you know that the Dutch traded New York (formerly called New Amsterdam) with the British for control of the sugar plantations in Surinam in South America?

“We rely on plants for our survival, but there is a dark side to the story of plants and how people were exploited through slavery, smuggling and trade wars. Even today, in parts of the world, drug gangs are gaining control of avocado plantations,” she says.

On her tours, Salter-Townshead will take visitors on a potted history of plants whose trade played a role in the rise and fall of empires. Take tea, for example, which became a fashionable drink in England when Charles II married a Portuguese princess where tea drinking had already become popular.

“The British had been buying tea from the Chinese since the 17th century. This was costing them a lot of money so they began exporting opium to China in the 19th century, which led to huge social and economic problems in China and the so-called Opium Wars.

“The Scottish plant hunter Robert Fortune smuggled thousands of tea plants on ships from China to India so the English could grow tea in India instead, which led to the establishment of the British East India Company,” explains Salter-Townshend.

The National Botanical Gardens in Dublin was first developed in 1795 at the gardens of the Dublin Society and then the Royal Dublin Society. “Its original function was to support industry and agriculture with practical education for landowners and farm labourers. There was a hay garden and a cattle garden as well as a vegetable garden,” explains Salter-Townshead.

It wasn’t until the 1830s, as the British empire expanded, that the more exotic plants start to arrive. “Plant hunters in Asia, Africa and South America sent back seed and living plants to Kew Gardens and to the gardens here, as Dublin was the second city of the British empire.”

We have the original coffee, cocoa and baobab plants in our herbarium that Roger Casement brought from the Congo in the early 1900s

On her tours, she shows visitors many of these exotic plants held in the magnificent curvilinear glasshouses at the botanic gardens.

The gardens also has a collection of plants that Roger Casement brought back to Dublin from the Congo while on a mission there to report to the British government on the Belgian colonial regime.

“We have the original coffee, cocoa and baobab plants in our herbarium that Roger Casement brought from the Congo in the early 1900s,” says Salter-Townshead.

She will also take visitors through the wild Ireland section of the gardens to explore how potatoes, which were originally brought from South America to Europe by the Spanish conquistadors, became so popular in Ireland. “Potatoes, which belong to the nightshade flowering plants, were originally viewed with suspicion, deemed to be poisonous and associated with witchcraft. Yet when they were brought to Europe, they produced a high yield in a small patch, were nutritious and didn’t require harvesting equipment, so they became a staple crop, which led to population boom,” she says.

Interestingly, it was David Moore, the curator of the gardens in the 1840s, who first noted potato blight at Glasnevin on August 20th, 1845, and predicted that the impact on the potato crop would lead to famine in Ireland. He later correctly identified the fungal cause of the blight but narrowly missed finding a remedy.

The big focus at the gardens at that time was the building of the Richard Turner curvilinear glasshouses and the propagation of orchids. “This in itself shows the power of the Dublin Society and the prestige of the gardens at the time,” says Salter-Townshend.

While guided tours focused on such a vast historical theme can only whet visitors’ appetites, she is keen to bring a contemporary angle to her story of plants and power.

“The focus of botanic gardens has changed from being a place where plants are used for profit and power to one of protecting biodiversity. So, for example, we grow heritage apple trees here and we save seeds of tomatoes for future food security,” she says.

National Botanic Gardens conservation botanist Dr Noeleen Smyth is the Irish representative for the Convention on International Trade in Endangered Species. “The trade of wildlife is the fourth-largest illegal trade after drugs, human trafficking and arms trafficking,” says Salter-Townshend.

1 Eyewitness to Auschwitz: ‘We were held in the wagons like animals’
2 Chinese virus-hit city of Wuhan closes transport networks
3 Eating out in Dublin – the homeless way
4 Man who killed Jastine Valdez ‘looked possessed’ before shot by garda
5 Election 2020: Varadkar and Martin’s first TV debate set for Wednesday
Real news has value SUBSCRIBE