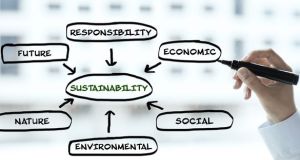 About €4 billion is being spent in Ireland each year on subsidies that potentially damage the environment, according to a leading social think tank.

Fresh data from Social Justice Ireland (SJI) claims we will struggle to meet our target of transitioning to a carbon-neutral economy by 2050 if we continue to follow such policies.

In the latest edition of its National Social Monitor, SJI said Ireland would never achieve a just transition until development was sustainable socially, economically and environmentally.

It warned that households which experience poverty and deprivation are the most likely to be affected by environmental changes, but the least likely to have the capacity to mitigate against them.

SJI director Fr Seán Healy said it is vital that the vulnerable and those most at risk of being affected by the changes required to move to a low-carbon economy are protected.

Necessary measures include tackling energy poverty, investment in energy efficient schemes and retrofitting as well as investment in public transport and supporting people to upskill and reskill, according to SJI.

Based on figures published by the Central Statistics Office, SJI estimates that €2.5 billion goes on direct subsidies and preferential tax treatment supporting fossil fuel activities in Ireland. It also says a further €1.6 billion goes on supports to other potentially environmentally damaging activities in the agriculture, transport and fisheries sectors.

SJI said such supports undermine efforts at tackling climate change as they equate to 80 per cent of revenue collected annually in environmental taxes, including carbon tax and the plastic bag levy.

Fr Healy said “€4 billion a year would go a long way to supporting a just transition fund for low-income households and households in rural Ireland most affected by the implementation of necessary changes to support climate action.

“There are many policy options available to Government to support Ireland’s transition to a low carbon economy without increasing the financial burden on low-income households.”

However, Fr Healy said it required political commitment and genuine engagement with stakeholders across a range of sectors.

“These are the households which are most likely to use solid fuels such as coal and peat – the very households that policy should be targeting,” said Fr Healy.

SJI said it was imperative that the Government supported these households in redesigning grant schemes to make them more accessible given that there are almost 58,500 homes in the Republic with the lowest Building Energy Rating of G.

It claimed the recent confusion regarding the status of the Sustainable Energy Authority of Ireland (SEAI) deep retrofit programme was “concerning”.

The SJI said it is “alarming” that there is no large-scale, funded, national retrofit programme planned to replace the SEAI scheme at a time when Ireland is struggling to meet climate targets

The group has also called for the speedy roll-out of the National Broadband Plan to facilitate employers providing more flexible working arrangements for their staff combined with improved public transport services to reduce the 1.4 million people who use private transport to commute to their workplace.