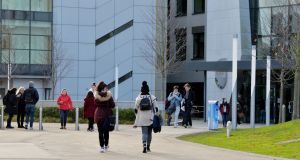 University College Dublin has been ordered to pay €30,000 to an academic after it was found to have discriminated against her when passing her over for promotion.

The Workplace Relations Commission (WRC) ordered UCD to pay sociologist Dr Anne Cleary €30,000 and promote her retrospectively to senior lecturer from February 15th, 2015, after finding the university discriminated against her on the grounds of age.

WRC adjudication officer, Stephen Bonnlander also ordered that Dr Cleary be paid in full the necessary adjustment in salary and any other benefits applying to the post accruing with effect from the same date and that her pension entitlements be upgraded accordingly.

A lecturer since 1996, Dr Cleary was 61 when passed over for promotion while the successful candidate for one of the posts Dr Cleary cited was 20 years younger than her.

UCD denied that the promotion of the successful candidate in the College of Human Sciences was in any way tainted by discrimination and that the lecturer cited by Dr Cleary secured better marks in the application process.

Dr Cleary supplied a data table showing that the percentage of applicants promoted to senior lecturer steadily fell as they got older: 69.7 per cent of applicants in the 30-39 age group, 51.7 per cent in the 40-49 age group and 48 per cent at 50-59 age.

Mr Bonnleader reported: “Most notably, not a single of the four candidates in the 60-65 age group, to whom the complainant belongs, was promoted.”

In response, UCD replied that none of those over 60 achieved promotion was not statistically significant, as their number was too small to allow any such conclusions.

Mr Bonnlander found while the fact “that no applicant over 60 achieved promotion may not be a statistically significant fact due to small numbers, it remains a fact nevertheless and thus acceptable as evidence”.

On her academic credentials, Dr Cleary reported that she had the highest research funding in her school, had been able to employ postdoctoral staff, had supervised three PhD theses and one master’s thesis by research.

She was also awarded a Fulbright scholarship to Berkeley and Harvard universities in 2009. She joined UCD’s School of Sociology in 1992 and received academic tenure in 1997.

Dr Cleary pointed out that all other Irish academics who received this scholarship were either full professors or senior lecturers and that the application process was “extremely competitive”.

Dr Cleary stated that she “loved teaching” and was “absolutely committed to it”.

An expert witness expressed “astonishment” to the WRC that Dr Cleary’s 20 years’ worth of contributions to UCD and the greater community were still not good enough to earn her a promotion.

The WRC report records that at the time of the competition, the successful candidate for one of the roles had no Fulbright, had only secured research funding of about €5,000, had not employed any postdoctoral staff, and had significantly fewer publications than Dr Cleary.

Mr Bonnlander said that despite this difference in achievements, the successful candidate had retained their mark of “excellent” in teaching and learning which made it possible for them to obtain promotion to senior lecturer, while Dr Cleary’s mark for teaching had been reduced below the required standard.

In his ruling, Mr Bonnlander also found that UCD did not discriminate against Dr Cleary on the grounds of gender.