The Secret Teacher: Watered-down Junior Cycle is sinking the ship

We knew it was trouble when ‘reform’ meant baby, bathwater and tub were thrown out 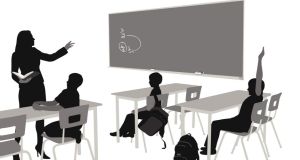 SOS! The most valuable educational resource in this country is fighting for its very survival. Second level teaching is a rapidly sinking ship, and it’s each man for himself among the passengers. Some are clearly blissfully unaware, and so for them it is business as usual. Others know they will reach dry land soon in the form of retirement, so they are just hoping that they will get there before doomsday.

We knew we were in trouble when “reform” meant baby, bathwater and the tub itself got chucked away.

The considerable merits of the Junior Certificate, which is now almost defunct, were not preserved. Despite this, plenty of teachers (and I am among them) will keep the best features of the old Junior Cert very much alive in our classrooms and schools.

The new watered-down Junior Cycle has widened the gap to give massive cause for concern ... it won't possible to embrace the changes and adequately prepare for the Leaving Cert.

Students who had achieved a stunning array of top grades in the Junior Cert were finding those same subjects at Leaving Cert Higher Level considerably more challenging than their ace grades had led them to expect, but we all coped and adjusted accordingly because it was possible.

The new watered-down Junior Cycle has widened the gap to give massive cause for concern in many subjects, and it will not be possible to both fully embrace the changes and feel that we have adequately prepared the foundations for the inevitable demands of the Leaving Cert.

Tuned-in teachers will simply do their best to ensure that the students don’t suffer too much, but in a sense this is only helping to cover for others’ failings. Or maybe they are in fact successes, if the goal is to wreak havoc on our education system. The ship isn’t sinking on its own – it’s getting a lot of help.

There are teachers who have a pragmatic approach to this and are busy building careers outside the classroom, ready for when their supplementary skills will be their primary source of income.

I encounter them regularly on courses or training days and I do not recognise them as teachers. I am far from alone in this.

Real teachers are tired, genuinely tired. They often feel agitated at missing out on valuable classroom time by having to attend these courses, which too often do not merit the teaching time lost. In recent years the training has been dominated by the new Junior Cycle. Who would have thought we would need so much training to downskill?

The reality is that if we were upskilling, experts would be sent in to train us; here, our trainers/facilitators are our equals and yet we don’t easily recognise them as members of the same species. They have voluntarily left their classes behind to engage in this alternative role. They are fresh-faced and enthusiastic about a product they have come to sell that we simply have no interest in purchasing.

We all chase unwanted peddlers of religious or political wares from our doorsteps, but here we are forced to listen to the sales pitch because it is on school time – and most of us would simply rather be teaching.

These presenters are passionate about their product but struggle to enthuse the rest of us, and so they are often on the receiving end of angry and frustrated questions and observations. What is the purpose of these middle men and women anyway? If the process they have undergone is so convincing and successful, why not feed us all a dose directly so that we too can be persuaded? Or have they really been convinced?

Maybe they are just delighted to have fled the classroom, even if only for a few days a year. When they are in their business suits delivering their presentations, they are no longer teachers – they have jumped ship. This isn’t healthy in a profession that I am proud to consider a vocation, and yet these young people (because they are generally younger) do have my sympathy.

They have it because they received the greatest blow of them all: that of pay inequality. There isn’t anything even vaguely subtle about that one. Pay inequality has been around for years now, and every single week I overhear or participate in or read online an exchange of differing opinions on how it came about in the first place.

A popular and widely held belief is that longer-serving teachers sold out the new entrants. Even if in having voted the way they did there is responsibility, even culpability, surely nobody did it willingly and knowingly.

Last year, an option was put on the table where those who were sold out last time can regain some ground in the form of the latest deal. They are being given an opportunity to save themselves (just a little bit, not even completely), but in return must impose the gap on the next cohort.

By imposing on future new entrants the very thing they have suffered under and fought against, aren’t they only pushing others a little more overboard?