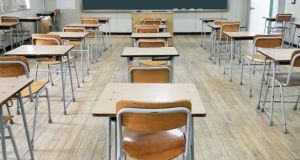 The latest report into the Deis programme warned there is still a significant difference in educational achievements between students in Deis and non-Deis schools. Photograph: iStock

There is still a significant gap in achievement and attainment between students attending Deis and non-Deis schools across Ireland, according to an analysis of the education programme.

The latest report into the Deis programme, which was introduced to primary and post-primary schools in Ireland in 2006, showed that achievement levels among Junior Cert students in Deis schools has “improved significantly” while the gap between Deis and non-Deis schools continues to narrow. However, it warned there is still a significant difference in educational achievements between students in Deis and non-Deis schools.

The Educational Research Centre (ERC) evaluation revealed that the number of students in Deis schools sitting foundation level papers in English and mathematics has dropped since the introduction of the programme while there has been a rise in the number sitting higher level papers. These changes may “reflect increased confidence among students in their own abilities”, as well as “raised expectations among themselves and their teachers”, the report noted.

However, while test results in reading and mathematics among primary level students in urban Deis schools have improved on each round of testing between 2007 and 2016, their achievements are still “well below the national norm”. The impact of being a student in a school with concentrations of others from poor socioeconomic backgrounds has a “substantial negative impact” on students’ achievement levels, the report said.

Girls attending Deis schools continue to outperform boys in English and maths exams, with a larger difference in scores between the two groups in English, noted the research.

The report’s authors contend that any improvements in test scores and attainment cannot be explained by reductions in poverty levels as the number of students who attend Deis schools and come from families with medical cards has increased since the programme began in 2007.

The report attributed this rise in retention to legislation which made the completion of the junior cycle compulsory as well as interventions aimed at keeping students in schools longer such as the school completion programme.

The ERC concluded that “positive discrimination” towards schools with concentrations of students from poor background should be continued and that these schools should continue to be targeted for additional resources.

Minister for Education and Skills Joe McHugh welcomed the narrowing in the gap between Deis and non-Deis schools and said the Deis programme had provided young people in disadvantaged areas with “strong support, better prospects and successful results”. However, he accepted that it was “very apparent that a gap still remains”.

“The ERC research shows that much of the inequality in educational outcomes has its basis in income inequality and the impact of this is evident in our schools,” said Mr McHugh. “Inclusive education is and will continue to be a fundamental principle of our education and training system. It is vital that all young people have the opportunity to reach their potential. Those that need extra assistance in order to do so must be offered appropriate supports. Education and training are key to breaking the cycle of disadvantage.”