Student loans ‘off the table’ for lifetime of current Government 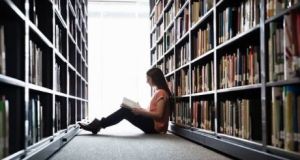 The Union of Students in Ireland said it “cautiously” welcomes a statement from the Minister of State for Higher Education, Mary Mitchell O’Connor, that the issue of student loans is “off the table” while the current Government is in office. File photograph: Getty Images

The introduction of a State student loans scheme is “off the table” for the lifetime of the current Government.

The Union of Students in Ireland said it “cautiously” welcomes a statement from the Minister of State for Higher Education, Mary Mitchell O’Connor, that the issue of student loans is “off the table” while the current Government is in office.

It is almost two years since the Cassells report on the future funding of higher education was published and recommended urgent changes to ensure the system was “fit for purpose”.

These options included an income-contingent loan system, a “free fees” system for all students, or retaining the existing €3,000 student registration fee.

Minister for Education Richard Bruton said the department had agreed to undertake an economic analysis of different funding options for third level, including that of a student loan system.

A spokeswoman for the Department of Education said this work is under way, and student loans would not be introduced.

“The Joint Committee on Education has recently requested that the department undertake an economic analysis of the different options outlined in Cassells. The department has agreed to undertake that work. While this work is under way, student loans will not be introduced,” said the spokeswoman.

Mr Bruton has avoided stating any preference for options outlined in the Cassells report and, instead, has asked for the committee to build a consensus on a future funding option.

Taoiseach Leo Varadkar has ruled out a UK- or US-style loans scheme which could saddle graduates with large amounts of debt, but has left the door open to Australian or Dutch-style loan schemes, which involve much smaller loans.

Under such a system, college would be free at the point of access and graduates would repay their fees when their incomes reach a set threshold.