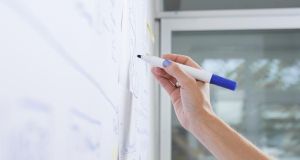 Department of Education inspectors’ reports released under the Freedom of Information Act show dozens of examples of schools breaching these rules. Photograph: iStock

Hundreds of vulnerable children are missing out on vital education supports due to schools using resources ring-fenced for special needs to hire teachers for mainstream classes, campaigners say.

Under official rules, special education teachers and special needs assistants should be used only to support pupils with learning disabilities or conditions such as autism.

However, Department of Education inspectors’ reports released under the Freedom of Information Act show dozens of examples of schools breaching these rules.

In primary schools, for example, special needs teachers were deployed to teach mainstream classes on a full-time basis.

In other cases, special needs teachers were found to have responsibility to teach key subjects such as maths or English to mainstream classes.

In some cases, special needs teachers were used to plug gaps for teachers on maternity leave or, in one case, for teachers who were away for “weddings and extra personal days”.

At second level there is evidence that special needs teachers were used to teach key subjects in mainstream classes or as guidance support.

While many schools appeared to have been engaged in the practice over a number of years, some said these steps were short-term measures on foot of difficulties recruiting staff.

“It’s concerning to see so many cases where it appears additional teaching time is being misused. These are only the cases documented by the department. We’re aware of many more allegations,” he said.

He said the issue was all the more concerning given the number of special needs children on reduced hours timetables or suspended, often on the basis that schools lacked expertise to support them.

The Irish National Teachers’ Organisation (INTO), however, said examples of special education supports being used in mainstream education are a sign of the pressure facing schools and principals.

While these were national issues, he said they were particularly acute in the Greater Dublin Area, given the higher cost of living.

The department recently confirmed it had received a total of 88 reports of “potentially inappropriate use of special education teaching resource” across both primary and secondary schools since September 2017.

The majority of these reports arose from school inspections.

It said it had written to all the schools – 71 primary, 17 secondary – to request they review their provision and confirm the school was utilising its allocation in accordance with guidelines, and asked for copies of timetables.

Of the 88 schools it said 34 had confirmed they were now utilising their allocation in accordance with the guidelines.

Of the 50-plus remaining cases, a further 29 schools had replied and their responses were being reviewed, while replies were awaited from 20 schools.

The department said it was “continuing to engage” with five schools that had not yet been in a position to demonstrate compliance.

“Further follow-up action may then take place with schools, including an inspection visit, if necessary,” the department said in a statement.

A new model for allocating special education teachers to schools was introduced in September 2017.

The department said, in advance of this, that a circular was sent to schools stating that schools should ensure that additional special needs teaching supports should be used “in their entirety” to support pupils identified with special educational needs, learning support needs and additional literacy needs such as English as an additional language.

CBS Westland Row, Dublin 2
Inspectors found in October 2018 that about 20 hours of special education teaching was not being deployed for students with special education needs. The school responded the following month to say it was now making full use of the resources.

St Farnan’s Post-Primary School, Co Kildare
Inspectors found in December 2018 that the school was using special education hours for new and existing subjects in mainstream classes, as well as guidance support by an external counsellor. The school responded in June 2019 to say it had made sweeping changes and additional teaching hours were no longer used for mainstream classes or students without special needs. It said the use of counsellor was for emotional support, not guidance.

Kishoge Community College, Lucan, Co Dublin
Inspectors found in March 2019 that the school had not used its two posts for special needs education despite repeatedly advertising for them. However, the school said it has been unable to fill these posts and that earlier sanctioning of posts would help.

Scoil Mhuire, Moyderwell, Tralee, Co Kerry
Inspectors found that a special education teacher was teaching a mainstream class in 2015. In a follow-up inspection in October 2017, this was still the case. The school responded in February 2018 to say it had since addressed the issue.

St Joseph’s Primary School, Charleville, Co Cork
Inspectors found a a special education teacher was teaching a mainstream class in November 2017. It responded in March to confirm this was no longer the case.

Ballybryan National School, Rhode, Co Offaly
Inspectors said it found a special education teacher had full responsibility for teaching maths to senior infants and second class, during a visit in March 2018. The principal pledged to end the practice after the Easter holidays.

St Patrick’s National School, Athy, Co Kildare
Inspectors found that a special education teacher was teaching maths to the entire third class for the first full term and fourth class for the second term. The school was instructed to cease the practice in March 2018. It confirmed this was the case the following April and a “complete review” of special education was under way.

Coole National School, Kilcock, Co Meath
Inspectors found a special education teacher was responsible for teaching maths to third class during a visit in November 2017, in contravention of official rules. The school confirmed in April that it ceased shortly after, when the principal returned to work following maternity leave.

Scoil Lorcan Boys, Palmerstown, Dublin 20
Inspectors found a special education teacher was teaching maths to fifth class during an inspection in January 2018. The school confirmed in April 2019 that it had stopped the practice.

Fossa National School, Killarney, Co Kerry
Inspectors found that a special education teacher was being used to teach English and maths to mainstream classes. In June 2018 the school told the department that the teacher was now being used only to teach special needs pupils.

Kyle National School, Youghal, Co Cork
Inspectors found a special education teacher was teaching the majority of the curriculum – maths, Irish, English, SPHE – to sixth-class pupils. In May 2018 it said the practice had ceased, according to correspondence.

Liscarroll National School, Cork
Inspectors found a special education teacher was teaching English, Irish and maths to fifth and sixth class. The principal responded to say  the move was for one year only and was a professional decision due to the number of children with special needs in these classes. She added that the decision was taken after “long and tedious” exploration of trying to make timetables work that would not result in “so much disruption to classes that nobody would learn properly and the whole thing would end in frustration”.

Crossmolina National School, Co Mayo
Inspectors found that a special education teacher was deployed as a mainstream class teacher for up to half a day every day. The principal responded that she had inherited the practice and resources were now being used in accordance with the rules.

Holy Family Senior National School, Co Laois
Inspectors found that a special education teacher was being used to cover absences for teachers who were away for “weddings and extra personal days”. The school responded that it has since stopped the practice.

Kilchreest NS, Loughrea, Co Galway
Inspectors found that the school was deploying two special education teachers to teach maths to first, third and fifth class. In response, the chair of the school board said its decision to deploy support teachers in this manner was taken “in the best interests of children”. “The standards of achievement by the pupils is very high. This is reflected in the scores attained in standardised tests and in attitudes towards the teacher and learning of maths by both parents and students alike”.