Schools to be given five years to phase out waiting lists 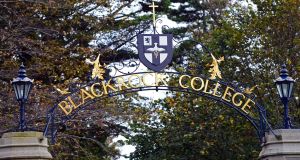 Schools will be given five years to phase out waiting lists for children under new amendments to admissions legislation.

The move means some parents who have put down their children’s names years in advance for highly-popular secondary schools may lose automatic places. While the phasing out of waiting lists affects all schools, it will be much less of an issue at primary level.

This is because the five-year lead-in time means any current parents who have their children’s name down on lists are unlikely to be affected.

In addition, schools will be forced to set aside no more than 25 per cent of places for children of past pupils. The reforms are part of series of changes aimed at making admissions rules fairer and more transparent for children and parents.

The amendments will be proposed by Minister for Education Richard Bruton on Wednesday when an Oireachtas committee debates the Education (Admission to Schools) Bill.

The legislation was originally due to come into force from September 2017, though it now looks likely to be postponed until September 2018.

Other amendments to be tabled at the Oireachtas committee include:

– A requirement that parents apply to enrol their child in schools during a three-week window in the year before enrolment;

– An obligation that parents who accept an offer of a place on behalf of their child must declare if they are awaiting confirmation of an offer from another named school. Failure to do so could result in a child losing their place;

– A ban on any fees charged by schools in relation to admission;

– A requirement that all schools publish details of their arrangements for children who opt-out of religious instruction classes;

– A requirement that a child with special needs can access a school place that is designated by the National Council for Special Education or Tusla, the State’s child and family agency.

Mr Bruton is expected to say at Wednesday’s committee meeting that the legislation aims to copperfasten principles of inclusion and equality of access to school admissions legislation.

Attempts by the previous government to put in place similar changes were never legislated for and faced resistance from some private schools. Many private secondary schools have the names of young children on waiting lists for admission for a decade or more.

Past-pupils organisations linked to both Blackrock College and Belvedere College, two fee-paying schools for boys in Dublin, have lobbied against some of the changes, in particular the “old school tie” provision which limits the number of place set aside for children of past-pupils.

The school admissions legislation does not deal with the controversial “baptism barrier” issue, in which over-subscribed denominational schools can discriminate in their admissions policies against non-religious or minority faith children. This issue is to be debated separately by the Oireachtas education committee over the coming months.

Principals of a number of south Dublin secondary schools say they expect legal actions from some parents who end up losing automatic school places as a result of the phasing out of waiting lists .

One principal, who declined to be named, has advised parents to continue to place children’s names down on waiting lists on the basis they can argue they had a “legitimate expectation”.