Historic Roscrea boarding school to remain open against the odds after €1.5m pledged 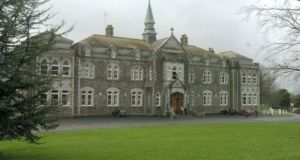 Cistercian College has among its alumni former taoiseach Brian Cowen and his brother Barry Cowen TD. Photograph: Courtesy of Wikipedia 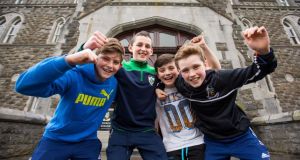 Cistercian College in Roscrea is to remain open against the odds after the trustees of the historic boarding school voted in favour of a rescue package put together by parents and past-pupils. More than €1.5 million to cover the fee-paying school’s operating shortfall and help it become financially independent into the future has been pledged.

The decision to reverse last month’s closure revelation was made by the Cistercian Order, led by Abbot Dom Richard Purcell, after an intensive campaign led by a specially-formed action group which concentrated on coming up with funding to plug an operating shortfall, as well as new ideas to boost pupil numbers.

The Co Offaly boarding school will, from September, be accepting day-boarders (who will go home every night) and five-day boarders for the first time in its 112 year-history. While a suggestion from some quarters to enrol girls has not yet been acted upon, it is likely that this will happen in the years to come.

The announcement of the Cistercians’ decision was made to students on Thursday morning before they broke up for St Patrick’s weekend. It followed a meeting on Tuesday night between the Save CCR committee and the order, along with continuous consultation with the Abbot in recent weeks.

“This is one of the most joyous days in the history of Cistercian College,” Dom Richard Purcell said in a statement. “We have witnessed a small miracle over the past four weeks.”

More than €1.5 million has been pledged by parents and past-pupils to cover the fee-paying school’s operating shortfall and help it become financially independent into the future.

“We have been truly overwhelmed by people’s generosity which has ultimately resulted in ensuring the financial viability of the college in the immediate term,” the Abbot said.

“None of this would have been possible without the incredible efforts of the entire Cistercian College community including the staff, the students and their families and the many thousands of past pupils. We are particularly grateful to CCR Action Group, chaired by Ronnie Culliton, for its unwavering commitment to keeping the college open.”

Past pupil and current parent Ronnie Culliton said all involved are looking forward “with great enthusiasm” to the future. “This is a wonderful place for young men to be educated, play sport, develop musical talents and grow friendships that will last a lifetime.”

The Abbot announced on February 17th that, because of a 45 per cent drop in student numbers in recent years and the consequent financial unsustainability, the school at Mount St Joseph Abbey would close within the next two years.

Just nine first years had registered, by that time, for enrolment in the boarding school next September, but the closure announcement caused “heartbreak” among existing students, according to parents.

Since the campaign to keep the school open began, up to 20 new prospective boarders and 40 prospective day-students have registered an interest in enrolling for the next academic year, with up to 200 students expected to be on the roll in September. A new board of management is to be appointed to the college.