Why are so many teachers white, Irish, middle-class women? 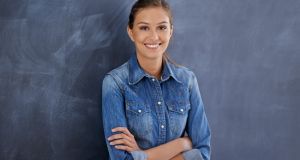 Diversity in teaching remains a challenge, with trainees most likely to be white, Irish, socially advantaged women. Photo: iStock

Look around any staffroom round the country and you are likely to see predominantly white middle class women.

Despite difficulties in accessing teaching jobs, the number of CAO applicants who have listed teaching courses as their first preference has remained relatively stable in recent years.

However, diversity remains a challenge with relatively few men or people from disadvantaged backgrounds entering the profession, the report states.

A report released last year by the ESRI and the Teaching Council looked at the profiles of entrants to undergraduate and postgraduate teacher education courses.

At primary level the issue is most acute; the research also shows students who enter primary teaching courses are more likely to be socially advantaged than those on other higher education courses.

They are less likely to have attended a disadvantaged school, to be in receipt of a higher education grant, to be non-Irish or to have entered through an alternative route.

However, those from non-Irish backgrounds and those who had attended disadvantaged schools are under-represented among the intake.

Many of the entrants to primary teaching courses secured 500 or more Leaving Cert points and have the requisite higher level Irish. But the ESRI report found there is no firm evidence that particular selection mechanisms produce the “best” teachers.

Moreover, findings of a national survey on diversity in initial teacher education raise concerns over a possible impact on the socioeconomic make-up of future staffrooms.

The Diversity in Initial Teacher Education in Ireland research project was carried out by Dr Elaine Keane with colleagues Dr Manuela Heinz and Dr Conor Foley of NUI Galway.

The researchers note 92-98 per cent of trainee teachers at undergraduate and postgraduate levels claim Irish nationality, and more than 95 per cent are “white Irish”.

The percentage of trainee teachers from the employers and managers group remained stable between 2006 and 2013 (dropping from 12.9 per cent 12.2 per cent). But in 2014, the proportion jumped to 19 per cent.

Dr Elaine Keane says while 95 per cent of entrants to the teaching profession remained Irish and white, society in general had diversified to a much greater degree in recent years.

“Anyone working in education in the past ten 15 years will tell you that the single biggest development is the massive increase in minatory ethnic students in schools while at the same time, the teaching population has remained homogenous,” she says.

The problem is mounting at initial secondary education training.

The decision to change the post graduate in secondary teaching qualification from one year to two may have delighted academics and policy wonks but it essentially doubled the cost of doing the degree.

To compound this, while students who qualify for a grant can get their tuition fees paid up to €6,270 per year, no maintenance grant to cover living costs and rent is paid to postgraduate students since 2012.

Dr Keane says while the shift from one year to two years in the postgraduate programme for trainee teachers will enhance the quality of the profession, the costs associated with the course can be a barrier.

“A two-year Master’s programme is a much bigger time and financial commitment. They must do their teaching practice in two different schools and that is good for experience but there are added pressures if you’re in college, doing placements and trying to pay back a loan and have to take on a part-time job on top of that,” she says.

A feeling among students Keane spoke to in the research is that those from disadvantaged backgrounds may feel like it is “not for them”.

“An invisible issue is the culture of the teaching profession. A lot of underrepresented groups are deterred from higher education and the profession due to the sense of non belonging or feeling like “it’s not for the like of me’’ because in Ireland, teaching is seen to be this white, middle class profession,” she says.

Dr Keane says the dominance of Catholic patronage is also a factor in the diversity problem.

There is a lot of confusion among minority ethnic students and their families about eligibility issues , Keane says.

While students from all religions or none can study primary teaching, the certificate in religious studies is needed to get a job in a school as 95 per cent are under Catholic patronage.

To an outsider, the Irish education system must seem confusing and contradictory Keane argues.

“What do non-Catholic minority ethnic students make of all of these issues we read about or see in the media regarding the ethos of the school, divestment of patronage and the cert students need to teach religion in Catholic schools,” she says.

Keane says there is an over representation of white Irish people training to be primary and post primary teachers compared to the Irish population and the third-level population.

“We have evidence of minority ethnic students who get a teaching course at college and then they have to drop out because they can’t get a placement school. Schools often have policies that they will only take their past pupils which is a barrier for students who didn’t go to primary school here or weren’t born here,” she says.

The minimum C3 in higher level Irish also serves as a barrier when it comes to recruiting entrants from diverse backgrounds.

“Many Travellers, minority ethnic students and students with disabilities may not have done Irish at school for various reasons so they are ruled out then pretty much straight away,” she says.

Keane says the myriad factors outlined above serve to narrow the pool at a time when we need to be widening it . . .

“There are thousands of people we are losing in terms of diversifying the profession because of educational disadvantage and structural disadvantage,” she says.

So what needs to be done? Keane says a one size fits all policy cannot apply when trying to attract entrants from different backgrounds.

“While the new Path – programme for access to higher education – initiative is fantastic in getting under-represented groups into teaching, we need more evidence-based research and to ask minority groups what are they barriers they face applying for teaching.

“Rather than jumping into another initiative, we need to ask the people we’re trying to recruit, what they would need,” she says.

Proportion of primary level student teachers who were Catholic

Proportion of teachers whose parents were “employers or managers”