Is sex education in our schools good enough? 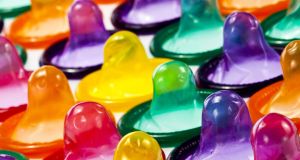 Many schools have either not implemented sex education classes, or have poorly developed policies around it. Photograph: iStock 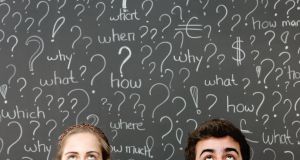 Sexualised images are creating unrealistic expectations of how young people should look, but schools are struggling to keep up with this. Photograph: iStock

Sophie was sexually abused by her stepfather from a young age. And yet, right through her childhood and into her teens, talking about sex was utterly taboo, so nobody gave Sophie the words to explain what her stepfather was doing to her.

Now a successful psychologist with a doctorate from a major Irish university, Sophie comes from a fundamentalist Christian family. When she was growing up, it was forbidden for a child to have their own boundaries or to stand up to adults in any way.

She believes that a good relationships and sexuality education (RSE) could have saved her from over a decade of terrifying abuse.

Young people, especially teenage boys, may act out what they see online

“We should start talking about sexuality from an early age. We need to have conversations with children about how to be safe and what parts of their body are private, as well as safe touches and consent.”

There are new and growing risks to children, especially teens, from the easy availability of pornography.

Young people, especially teenage boys, may act out what they see online if they haven’t been told that most pornography bears no relationship to the nature of healthy, positive and consensual sex.

Sexualised images are creating unrealistic expectations of how young people should look. Educators are struggling to keep up with all of this.

This involves giving young children the right name for their genitals

Sophie says that people are understandably afraid to talk about sexuality with children, but this can be done in an age-appropriate manner.

Part of this involves giving young children the right name for their genitals: this prevents them being confused or ashamed by euphemisms, gives them a sense of control and means that, if an adult is abusing them, they have the words to talk. This education should continue into their teens.

It’s too late to turn back the clock for Sophie, but the Stay Safe programme, introduced in primary school in the early 1990s, has made an impact.

The programme teaches children how to recognise, avoid and respond to abusive situations.

It was brought in despite implacable opposition from conservative activists and was made mandatory in recent years.

However, a cursory search through school inspection reports (known as “whole school evaluations”) clearly shows that, even up to this year, many primary schools have either not implemented the programme or have poorly developed policies around it.

And it certainly hasn’t succeeded in eradicating abuse; studies suggest about 27 per cent of the population have experienced some kind of sexual abuse in childhood.

One of the big problems is that many second-level schools still have little or no RSE programme so, just when young people are most curious about sex and relationships – and at risk of abuse in their teens – they are denied that information from responsible sources.

Eileen Finnegan is clinical director at One in Four, which advocates for and treats survivors of child sexual abuse; she also manages Phoenix, a treatment programme for child sex offenders.

It’s a difficult and challenging job but, she explains, she does it because it helps keep children safe from abuse. Like others who work with abusers, she has learned that, in the majority of cases, abusers are interested in power and control rather than mere sexual gratification, and that few are paedophiles in the sense of being sexually attracted to children.

And between a quarter to a third of abusers are under the age of 25; many are older teens who abuse younger teens or children.

Finnegan believes that, if we are serious about protecting children from abuse, we need to go further. “If we go into schools, we should not be merely talking about what to do if you are abused or how to stay safe.

“We need to talk to young people about how, when these sexual hormones start coming in, they can make you feel powerful and what behaviours are and are not appropriate.

“If there’s a young person who is full of anger and animosity, and a child comes along, those hormones, that power and this rage can lead to abuse. What gets me the most is that the abuser just wanted their own needs fulfilled. They never even cared about the child. We need to explain why this is wrong. I’m not saying that not having these discussions necessarily leads to offending, but it is certainly one of the factors.”

Several years ago, Finnegan was at a conference in Amsterdam. “The young participants came together and said that they didn’t want another talk on sexually transmitted infections or pregnancy. They wanted to know about safe and healthy sex and what is appropriate, and they wanted to have a discussion.”

In Ireland, some schools are having this discussion and delivering comprehensive models of RSE with a focus on healthy relationships, protection from pregnancy and sexually transmitted diseases, and consent and emotions.

Others are not. None of this is monitored by the Department of Education and, despite guidelines, schools are free to have no effective sex education at all if they feel it may conflict with their religious ethos (although there are many religious-run schools that provide full and comprehensive relationship and sexuality education to their pupils).

They may plump to bring in a religious organisation to provide RSE which focuses exclusively on abstinence or which lies to children by telling them that condoms fail up to one in three times.

They might, due to their own lack of knowledge, ignore how children can avoid being abused – or abusing another child – online.

Mary Tallon and Joan Cherry work at the Northside Inter-Agency Project, which treats young sex offenders. Tallon is a senior social worker and Cherry is the organisation’s director.

“Sexuality is very different now from when we grew up but there is a lack of understanding about that,” says Cherry. “Of the young abusers we have worked with, they are quite ignorant of sex education.”

Young people don’t want to hear about sex from their parents, so the information needs to be given professionally, Tallon suggests.

“A lot of parents may say to their children not to let anyone touch them inappropriately, but they rarely say: ‘it is not okay for you to touch someone [inappropriately or without consent] and it is not okay for you to post a sexual picture of someone online when you break up with them’. Or that lots of people are curious about sex but that doesn’t give you permission to touch someone’s private parts.”

Recently at group therapy in NIAP, the young offenders were asked about their experience of RSE in school.

“Some of them may not have been in school or maybe missed that class,” says Tallon. “But those who were there said it was all about sexual function and biology, rather than how we explore consent in relationships, or that it’s not okay to send an explicit image [across social media or the internet] of a person they know. It is scary how little they know. Some of the lads genuinely think that wearing a skirt means that a woman is ‘asking for it’.

“But they could be educated in schools. Some parents say that they don’t want their son or daughter exposed to this conversation and yet they are happy to give them a mobile phone or tablet – where they can access anything they want at the touch of a button – and let them go up to their room and close the door with no discussion.”

In the UK, the Child Exploitation and Online Protection Centre (CEOP) is rolling out a programme about online safety but, says Tallon, we are far from that here.

“We can prevent child sex abuse,” she says. “The World Health Organisation believes this too. In the US, the ATSA [Association for the Treatment of Sexual Offenders] is working on an initiative to stop it within a generation. The statistics are falling. By treating it as a public health matter, and through education, we can do this.” This article was supported by the Mary Raftery Journalism Fund

If you have been affected by any of the issues raised in this article you can contact: