Opinion: It has funding, government backing and planning permission. So what’s taking so long? 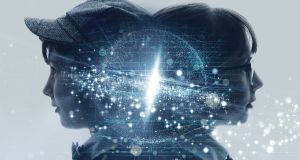 It is remarkable that until now, Ireland has not had a children’s science centre. Photo: iStock 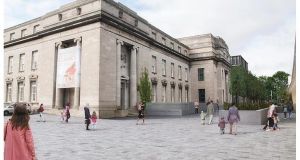 Imagine the BT Young Scientist for 365 days of the year! Imagine a science centre for young people where they could interact with state-of-the-art exhibits and carry out experiments in mathematics, physics, chemistry, biology.

A place where pupils and their teachers could spend a morning with scientific researchers and experience the awe and wonder of discovery. Where visitors from home and abroad could see the amazing advances that continue to be made in this country and internationally in the world of science.

That is what will be possible in the proposed new National Children’s Science Centre (NCSC) – also known as “Exploration Station” - planned for the north wing of the National Concert Hall building on Earlsfort Terrace in Dublin.

An exciting and imaginative architectural design has been prepared by the Office of Public Works for the proposed centre and Dublin City Council and An Bord Pleanála have given planning permission.

The new centre, while learning from the best of science centres internationally, will break new ground by integrating its exhibits, demonstrations and laboratory experiences with the science curriculum in our schools.

It will ensure that the excitement and fulfilment of the BT Young Scientist Exhibition will not be confined to one week of the year but will be an ongoing, permanent feature of Irish life. So what could go wrong?

Despite assurances given a few years ago to the board of NCSC that the project would be completed by 2016, the preparatory work by the OPW seems to have come to a standstill, and the project is now so far off schedule, that planning permission could expire before the building work begins.

For the past 20 years, a group of volunteers has been working hard to make a National Children’s Science Centre a reality.

The board of NCSC is a voluntary, not-for-profit company whose members have put time, energy and their own money into the project, for the benefit of young people for generations to come.

Ten years ago the dream was about to be realised on a site in Heuston Gate. But at that time the plan became a victim of the economic crash and had to be abandoned.

However, the board continued to pursue their vision and a year ago, when planning permission was finally granted by An Bord Pleanála for the Earlsfort Terrace site, we looked forward to the imminent arrival of builders to begin the process of transforming the unused and empty north wing of the NCH building, while retaining and conserving its historical features.

The proposed new NCSC has been greeted with enthusiasm by students, teachers, parents, business, the public sector, and the academic world. The project has been endorsed by international figures such as Sheryl Sandberg, COO of Facebook, The Edge, Dara O’Briain, Sir Jony Ive of Apple fame and our recent Nobel Laureate in Science, Professor William C. Campbell.

Letters of support have been received from a wide range of institutions and organisations including the Irish Universities Association, the Royal College of Surgeons of Ireland, Dublin City University, Teagasc, the Royal Irish Academy, the Dublin Institute for Advanced Studies, the Irish Research Council, the Institute of Physics, Dublin Institute of Technology, Dublin City Council, IDA, Enterprise Ireland, Engineers Ireland, the Health Research Board and the Royal Dublin Society, and the Higher Education Authority.

The project has also been supported by a number of government departments including the Departments of Enterprise and Jobs: Culture, Heritage and the Gaeltacht; Education and Skills; and the Office of Public Works, who recently offered a (combined) challenge grant of some €300,000 over a three-year period on condition the board could raise a matching sum.

The board achieved this through the generosity of many of the bodies mentioned above as well as donations from companies and private individuals including board members. In addition, significant contributions in kind and in time were provided by board members and others.

The Department of Culture, Heritage and the Gaeltacht led by Minister Josepha Madigan, has been designated by Taoiseach, Leo Varadkar, as the lead department for the project.

The current Taoiseach as well as previous taoisigh have been enthusiastic about NCSC, recognising that Stem will play an increasingly important role in the development of the Irish economy in the future and voicing their support for an initiative that will encourage our young people, male and female, to engage with science education in a creative and innovative way.

It is remarkable that until now, Ireland has not had a children’s science centre. There are nearly 1,000 science centres worldwide – including about 150 in Europe, 50 in the UK and 14 in Australia/New Zealand.

Many others have updated and modernised their offerings in keeping with the IT revolution. And distinguished bodies such as the Wellcome Trust in the UK, supplemented by that government, donated some £30m in support of UK science centres in 2016/2017.

The importance of science centres was recognised by a review group, set up by government, in its report of November 2016 ‘Stem education in the Irish school system’ which stated: “In developed countries across the world, large-scale interactive science centres play a key role in attracting young people into careers in science, engineering and technology.

“Although a range of initiatives and venues across Ireland promote interest in Stem and Stem careers (e.g. Science Gallery, Dublin), there is a significant void in the Irish Stem education environment due to the absence of a first class, hands-on National Science Centre.”

That report added: “The planned centre at Earlsfort Terrace, Dublin should be supported by Government as an effective means of stimulating interest in, and engagement with, Stem topics.”

The preliminary work - design, planning permission, etc – to enable the project to proceed has now been completed.

After a long wait of 20 years, there are no apparent obstacles remaining to commencing work on the building. The board of NCSC believes the centre can be up and running by mid-2021, before the expiration of the planning permission, if the remaining decisions and preparatory work are taken in a timely manner.

Ongoing delays to the progress of the project have recently caused tension between the NCSC board and the OPW, because the board is concerned that the project could be put back on a shelf for another decade.

The OPW and the Department of Culture, Heritage and the Gaeltacht need to move forward with this project in order to provide an unrivalled opportunity for young people to experience the joy and wonder of discovery and exploration.

Let us not miss the opportunity of making permanent the excitement that is evident each week in January when thousands of young people engage with the Young Scientist Exhibition.