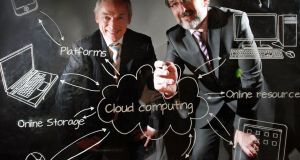 Serious concerns over the basic skills of students in maths have emerged in a major review of so-called Stem subjects taught in Irish schools.

The quality of graduates in so-called Stem subjects – science, technology, engineering and maths – is considered crucial to the country’s economic future. But the report, commissioned by the Department of Education, notes that while there has been a surge in the number of students taking higher-level maths in the Leaving Cert, the lack of basic skills among many is a cause for real concern.

The findings are contained in a report by a Stem education review group chaired by the president of Dublin City University, Prof Brian MacCraith. The group included experts in Stem education as well as industry figures from firms including Intel and IBM.

Among the findings in the 70-page report, due to be published today, include:

– Major gender differences in the selection of science subjects at Leaving Cert, with the ratio of male students to female students greater than 3:1 for physics and approximately 2:3 for biology;

– While there is impressive informal Stem education – such as the BT Young Scientist competition – there is a concern that excellent work by students is not being recognised in the curriculum or State exams;

– A major under-representation of women in the Stem workforce in Ireland, with women accounting for fewer than 25 per cent of the 120,000 people working in the sector.

The report makes a total of more than 40 recommendations aimed at providing the kind of high quality Stem education needed if Ireland is to deliver on its ambitions to become an innovation leader.

Minister for Education Richard Bruton, who is due to launch the report, has identified 21 of the recommendations as requiring “priority implementation”.

– Ensuring all teachers involved in Stem subjects have recognised teaching qualifications in their relevant subjects;

– Introducing computer science, including coding, as a Leaving Cert subject;

– Developing ways to recognise participation in extra-curricular Stem activities in the curriculum and assessment;

Prof MacCraith said overall levels of performance and engagement in Stem subjects were “not good enough” if we aimed to provide the best for our children and sustain our economic ambitions.

“A step-change in Stem performance and outcomes is required throughout the educational system,” he said.

In a statement, Mr Bruton said he will be begin implementing these immediately. “We need to encourage our existing students, as well as future generations of students, to understand and embrace areas related to Stem,” he said.

“We must instil in our students that a Stem education can open many doors, even for those who do not pursue a Stem career.”