Union has ‘no confidence’ in €6.7m merger plan for Munster Technological University 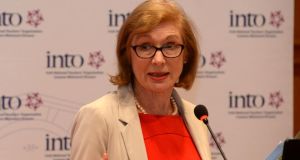 Minister for Education Jan O’Sullivan: The Teachers’ Union of Ireland is to seek a meeting with the Minister to discuss its concerns. Photograph: Dara MacDonaill/The Irish Times

Lecturers at institutes of technology in Cork and Tralee are threatening industrial action over a planned merger that would create one of the state’s first technological universities.

The Teachers’ Union of Ireland, which represents teaching staff at the two institutions, has said previously that there was “no confidence in all levels” of the merger process.

It said it was seeking a meeting with Minister for Education Jan O’Sullivan to discuss its concerns, including a fear that the €6.7 million cost of merger would have to be met through further cuts.

“Rationalisation will result in reduced course provision in both institutes. This does not benefit the students, staff, nor the wider community.”

The Minister is to bring the Technological Universities Bill before the Dáil. It will allow institutes to seek university designation once certain criteria are met, including the merger of faculties to create greater research impact.

The Munster Technological University bid by Cork IT and IT Tralee is one of two applications to pass the first stage of the process, which is overseen by the Higher Education Authority. The other application, involving DIT, Blanchardstown IT and IT Tallaght is also well advanced.

However, in their joint statement, the TUI branches of Cork IT and IT Tralee said they “remain unconvinced” of some aspects of the forthcoming legislation, “specifically the necessity to merge before a decision is made on an application, the rationalisation proposal and the extent of powers provided to new entities.

“If our concerns are not addressed in a meaningful way, there will be a ballot for non-cooperation including industrial action.”

The statement follows an admission last week by HEA chief executive Tom Boland that the mergers would have to be done in “innovative, shoestring sort of way” unless additional state funding becomes available.

Members of the Public Accounts Committee have expressed concern that the process has not been properly costed, citing Cork IT’s spending of €300,000 on due diligence alone. 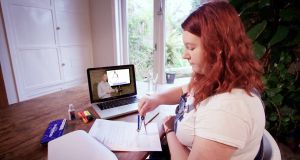