Leaving Cert Irish: ‘Possibly one of the easier papers in recent years’ 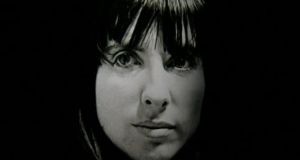 Students sitting the higher level Irish Paper 2 this morning will have had a “very straight-forward, student friendly paper,” according to Clare Grealy, a teacher at Dublin’s Institute of Education.

Students would have had “no cause for complaint” with the paper which was described as “accessible” and “quite manageable”.

Ms Grealy said students would be familiar with the content of the first comprehension, titled Fiche Bliain ag Fás, dealt with the foundation and development of TG4.

“The second comprehension, titled An Cogadh sa tSiria agus Géarchéim na nDídeanaithe, on the war in Syria and the plight of refugees, may have proved slightly more challenging.

“Students who are up to date with what’s going on in the world, would have had a better chance of understanding it, but it was still quite manageable,” she said.

Both pieces of comprehension, described by Ms Grealy as “quite accessible”, were accompanied by “quite a lot of questions” many of which were divided into a number of sub-questions.

An Gnáthrud, a short story set in Belfast would have been widely anticipated but didn’t feature. Éilís Ní Dhuibhne’s 2006 novel about three Leaving Cert students Hurlamaboc appeared instead.

The question asked was based on the main character Lisín, and students were asked to discuss her control of her life, family and home.

Ms Grealy said “it would be important for students to ensure that their answer covered all three of these aspects-life, family and house.”

Géibheann, a poem by Irish writer and activist Caitlín Maude, was the focus of Question 3.

While the poem was expected to come up, Ms Grealy said the accompanying question “was by far the simplest that has appeared to date”.

“While the poem is metaphorical and allegorical, neither of these two issues were asked. Instead, students got a very simple question on contrast,” she said.

The section also featured a personal question, asking students about the impact the poem had on them and a question on the identity and life of the poet. “This was very versatile and could have been adapted to anything.”

One of the shorter poems, Éiceolaí featured in the final section of the paper. “This is widely regarded as one of the easiest of the 5 poems. The main question dealt with contrast, which was very straight forward.”

“The question on An Trial was very narrow, dealing with only one character only."

Emer McTernan, a teacher at Jesus and Mary secondary school, Enniscrone, also said the poetry questions were welcomed by many students. The absence of the usual question on genre in the comprehension, however, would have thrown some students. This was replaced by a question where students had to personally respond to the text.

"While an unwelcome surprise the personal response question, would have posed few problems to well prepared candidates,” said Ms Ternan, who is also an expert teacher with Studyclix.

On the ordinary level paper, most students seemed to receive the paper well.

However, Sharon Callaghan of Studyclix and a teacher at Jesus and Mary Secondary School, Enniscrone said the unexpected repeat appearance of the film Caca Milis seemed unfair to ordinary level candidates who had no choice about questions and already find the literature section of the course challenging.