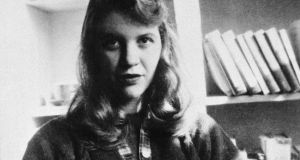 Thousands of English students breathed a sigh of relief this afternoon when the poet Sylvia Plath appeared, as had been widely predicted, on the higher level English paper two.

Students rushed to share their relief on social media in the minutes following the exam.

“It all makes sense now: the SEC [State Examinations Commission] had to choose between good weather or putting Sylvia Plath on the Leaving Cert. Great choice SEC,officially your biggest fan,” tweeted one student.

“The house was bet on Plath,” said another, while another stuggled to contain her emotions: “Sylvia Plath - I love you.”

However, Jim Lusby, an English teacher at the Institute of Education, said other areas of the paper were less predictable.

“These absences will have disconcerted the narrowly-prepared candidate, but they opened up more interesting opportunities for the more widely-read student.”

Mr Lusby said that the paper continues the Department of Education’s strategy of discouraging predictability and rote learning.

“At the same time, it rewards critical thinking and a real interest in literature, in what many candidates will find a tough and extremely demanding examination paper.

“In the process, it makes a nonsense of the practice of relying on expensive textbooks that claim to teach you what you should know for the Leaving Certificate English examination. This year’s paper two is not a test of your knowledge, but a test of your appreciation of the beauties and complexities of literature.”

Lorraine Tuffy, an English teacher at Jesus and Mary Secondary School, Enniscrone, Co Sligo, said the single text question on Macbeth may have challenged some.

“Students were asked to take control of their Macbeth response, which could leave some students lacking the guidance they had hoped for,” she said.

Ms Tuffy, who is also an expert on Studyclix.ie, said this “fresh and innovative approach” to the Macbeth question may have been disconcerting for candidates, initially at least.

“Upon cursory reading, students would perhaps have felt confused and uncertain however a careful read would have settled any misguided apprehension.

She said the comparative section set an arduous challenge for students who were tasked to consider their “view of the personal integrity” of central characters and how that influenced their response to the general vision of a text.

“The verbosity of these questions can be misleading,” she said.

Mr Lusby added that rote learning was neutralised by the complex vocabulary employed in all questions.

“Expressions such as ‘horrific but bizarre and unbelievable’ in the Macbeth question, ‘the personal integrity of the central character’ in the comparative study question, and ‘often analytical but rarely emotional’ in one of the poetry questions, demanded to be examined critically, explored and reflected on.

“Such a sophisticated vocabulary will have excited rather than fazed the widely read student, who is being rewarded by the current direction the English examination papers are taking.”

On the novel questions, students were also asked whether the characters in Chimamanda Ngozi Adichie’s Americanah, Margaret Atwood’s The Handmaid’s Tale and Jane Austen’s Persuasion “fail each other”.

On the ordinary level paper, Mr Lusby said it continued with the style and approach of paper one.

“It was a comfortable and enjoyable test of a candidate’s knowledge of the course material. The choices and options were as expected, and without exception the questions were pleasant and interesting, and always accessibly phrased.

“In stark, but possibly intentional contrast to the higher level paper two, it could only have been a relaxed and undemanding exercise for even the reasonably well prepared candidate.”

Discuss how effectively Plath uses a range of images to develop her themes and add drama to her poetry. Develop your response with reference to the poems by Sylvia Plath on your course.