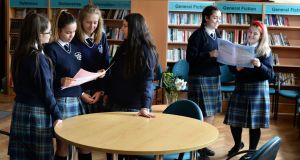 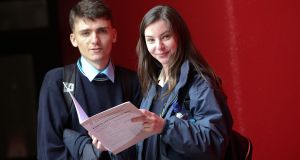 This year’s higher level English paper one challenged young people to think critically and creatively, according to teachers.

For the second year running, the higher-level exam asked students to draw from their literature studies, which were previously covered only in English paper two.

Lorraine Tuffy, Studyclix.ie expert and a teacher at Jesus and Mary Secondary School in Enniscrone, Co Sligo, said that this is a welcome development. “The highlight of last year’s higher-level paper one was undoubtedly the marrying of language and literature papers, and this year’s students would have felt prepared to draw from their engagement with studied texts.”

Jim Lusby, English teacher at the Institute of Education, said the general theme of the paper, “feeding our imaginations”, was interesting and relevant, while the paper’s approach to the topic was “stimulating”.

The comprehension section of the exam featured three texts: What Is Art For? by the English writer Jeanette Winterson; an extract from David Park’s novel, Travelling in a Strange Land; and columnist Caitlin Moran’s essay, Libraries: Cathedrals of Our Souls.

Mr Lusby said they required a sustained focus on experiences that stimulate the imagination, a focus that will “be alien to any student whose attention span is usually limited to scrolling the ever-changing banalities on screens”.

Kate Barry, ASTI subject representative and a teacher at Loreto Secondary School in Fermoy, Co Cork, said that the paper offered well-prepared candidates a selection of questions that they could get straight into.

One question, which asked students to write an introduction to a collection of essays, was particularly timely, Barry said.

“Perhaps the highlight of the paper was its last question where students were encouraged to articulate self-awareness in a debate speech for or against the motion: We Are a Self-obsessed Generation,” she said,

The ordinary level paper, meanwhile, focused on the theme of social media.

Mr Lusby said the paper managed to be accessible and comfortable as well as stimulating and thought-provoking.

There were some unexpected twists on the higher level home economics paper, according to teachers.

Sandra Cleary, a home economics teacher at the Institute of Education in Dublin, said students felt the questions were quite narrow with little scope to demonstrate the volume of material they covered during their revision.

“They may also have been surprised to see calcium appear in the compulsory question one,” she said.

Students are normally asked to analyse the contents of a pie chart or a graph in this section.

However this year they were not asked do this and instead had to comment on a healthy snacking survey.

“What might have thrown them, however, was the fact that the structure and the marking distribution of the question was altered,” she said.

“The question on household income was particularly topical, although the elective question can be quite long and students are writing until the end.”

Try this one at home:

Write a short story, suitable for publication in a collection of spy stories, in which a librarian, a photograph and a chair are central to the narrative.