Is a college education worth the cost?

We look at the academic, practical, and financial factors students should consider before deciding on a college or course 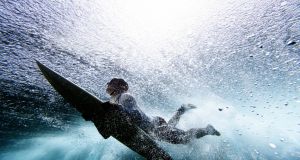 Choosing a further- or higher-education college is not as straightforward as choosing where to go on holiday. Photograph: iStock

Going to college isn’t cheap. First, there’s the cost of registration fees, currently capped at €3,000. Then students need to shell out for books, accommodation, transport, food and drink. Add in the cost of deferring full-time work for at least three years, even if the payback is better long-term employment prospects.

And this is before students even factor in the amount of public money necessary to support our colleges, universities and colleges of further education. Of course, these institutions are absolutely necessary to generate knowledge, critically examine the universe we live in and equip graduates with the skills they need for employment. But are we getting value for money from them, and what questions should prospective students ask to see if the higher-education sector is doing enough to ensure better outcomes?

When students are filling out the CAO form, or looking at their options for further education, how can they be sure their courses are of good quality? As it happens, this is closely monitored in Ireland.

Dr Padraig Walsh is chief executive of Quality and Qualifications Ireland (QQI), which promotes and regulates quality in the further- and higher-education sectors.

“We issue quality assurance guidelines on what the institution is expected to put in place: what a programme should consist of; how students can have an input into the various modules and be involved in the college’s governance; and how they assure the quality of their offering such as by involving external examiners, periodic evaluations and institutional reviews,” he explains.

Once every six years, QQI organises an institutional review, which explores the quality of its offering. Within each of these, the quality body will issue five recommendations where the institution can improve, and commend it in five areas where there are examples of good practice. In addition, each institution is required to submit an annual institutional quality report.

“My daughter is a second-year law student in UCD and I sent her the institutional review in advance of her going, so she could get a feel for what it’s like to study there,” says Walsh. “A previous review said that there was not enough project-based assessment, and I understand that the university has made adjustments since.”

Is the university or college well run?

Let’s face it, these annual quality reports, published on the QQI website, aren’t the most exciting reading for your average sixth-year student. But, even if they’re never opened by prospective students, they do contain reassuring information. There are details there of how the institutions are governed, the research taking place in them, how students can transfer from one programme to another and the continuous professional development undertaken by lecturers.

Jim Miley is director general of the Irish Universities Association, which represents the seven universities in the Republic of Ireland. He points out that core State funding has fallen from €9,000 per student in 2009 to just €5,000 today, which is less than half of what is spent in top-performing European countries.

“There have been marginal increases in the last two budgets but they’re barely keeping pace with the growth in student numbers,” he says. “There hasn’t been a massive impact on students, however. Universities have taken in more international students, who pay higher fees, and also achieved efficiencies in the system. But there are no more efficiencies to squeeze out, and there is a risk that, unless we address some of the current gaps, it could take decades to recover.”

The 2018 Irish survey of student engagement, which interviewed more than 38,000 students across 27 higher-education institutions, suggests students are broadly happy with quality. When asked to rate their entire educational experience, 82 per cent said it was either good or excellent, while 85 per cent said they would go to the same institution if given a chance to start again.

Miley says the last decade has seen substantial investment in student accommodation but there remains pressure due to the growing number of students.

Indeed, accommodation is now a significant consideration for students when deliberating their college choices. Many of the new units have been built by large property firms and kitted out as “luxury” accommodation, with costs of between €1,000-€1,500 a month. Students’ unions, including the Union of Students in Ireland, have accused private firms and universities of using students as “cash cows”.

Last year at DCU, students protested after rents at Shanowen Square surged by 27 per cent, with the college’s president, Brian MacCraith, notably coming out in support of the students. At NUI Galway, rents went up by 18 per cent at one student accommodation block. Rents at UCD have also climbed in recent years. There’s little genuine competition in the market and little option for students but to fork out or stay at home.

In 2018, a survey from the Irish League of Credit Unions found the number of students living at home had risen from 63 per cent to 69 per cent as a result of the high cost and low availability of accommodation.

Outside the accommodation sphere, section seven of the annual reports to QQI focus specifically on student support services, including counselling, accommodation, careers development, sports, societies and the students’ union, and they can provide useful information to people choosing their college course.

DCU is one university which has developed a student charter outlining what students can expect, including a comprehensive orientation programme to help students settle into university life, to be made aware of the appropriate and accessible resources to help them take responsibility for their learning, and to be offered “a dynamic range of opportunities to enhance personal and professional development”.

The charter also outlines what the university expects of students in return, including that they take responsibility for their own learning, that they explore the range of extra-curricular activities available at DCU and that they respect and embrace the diversity of the staff and student population.

“Choosing a further- or higher-education college shouldn’t be based on one single factor,” Dr Padraig Walsh advises. “When you decide on a holiday or a restaurant, you might look at the star rating, Trip Advisor and other review sites. This isn’t as straightforward when choosing where to go after school, because students will necessarily have a mix of priorities including, for instance, whether they can travel there and what size the institution is. Quality evaluations would never be the only source, but we do hope that we can add to the quality of the institutions and how they engage with their students.”

Does the private sector offer value for money?

Don’t discount the fee-paying colleges when making your choice, but do choose carefully.

Many of the private colleges – or “independent”, as they prefer to be called – have earned their stripes and have worked hard to build up a good reputation, with the daddy of them all, Griffith College, looming large. DBS also has a good course offering. St Nicholas Montessori College is the place to train as a Montessori teacher, while Hibernia College’s teacher training courses are hugely respected.

For all this, however, a small number of independent colleges have been dogged with quality issues in a way that hasn’t beset publicly-funded organisations. Given that students can shell out up to twice the registration fee, they need to make sure they’re getting value for money.

While QQI doesn’t issue degrees in publicly-funded higher-education institutions, it is the awarding body for independent, privately-funded, fee-paying colleges. If a fee-paying college isn’t up to scratch, QQI can revoke their accreditation.

In 2010, the still-operational American College Dublin pulled a psychology course mid-stream after the Psychological Society of Ireland withdrew accreditation following serious concerns about its overall quality; the college has engaged with QQI and currently has just two of its level 8 courses accredited by the body. In 2016, QQI withdrew accreditation from four courses at the Grafton Academy of Management Sciences. And in 2017, following serious concerns about quality, QQI removed validation from all of the business programmes at private college IBAT.

Diarmuid Hegarty, president of Griffith College and a towering figure in the independent college sector, says it’s always important for any school-leaver to check whether a course at an independent college is QQI-accredited. If not, the degree may not be recognised by employers in Ireland, as it suggests they haven’t met minimum standards. If they’re accredited by another external body instead of QQI, there may be a good reason, but students should proceed with extreme caution.

Membership of the Higher Education Colleges Association (Heca.ie) may also be a benchmark for quality. This organisation applies minimum standards to courses run by its constituent members.