The Secret Teacher: ‘We’re considered well-to-do, but many of us are financially burdened’ 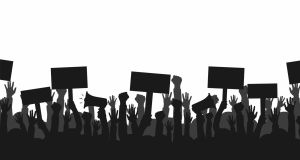 Industrial action hasn’t been used on an effective scale because so many teachers genuinely cannot afford to lose income. Photograph: iStock

“Let them eat cake,” said the teachers’ unions – and so we did.

On World Teachers’ Day earlier this year, both second-level unions provided a budget for cake and breaktime treats for the staffrooms.

While this is undoubtedly a positive and welcome gesture, which I am sure boosted morale in many schools, surely the time for celebratory cake is when we have achieved pay parity in our profession?

Peter and Jane live next door to each other. They are both living with their parents and after school they settle at their desks in their respective bedrooms to do their homework.

All well and good you might think, but Jane is Peter’s teacher. Jane isn’t the only highly qualified adult who has had to resort to living at home with her parents because she simply hasn’t secured enough long-term work to be able to afford to move out.

Between the crash and the ongoing two-tier pay scandal, a significant number of teachers in Ireland are desperately struggling to make ends meet. Some “borrowed big” during the boom and they were able to because they had secured full hours.

Hindsight tells us that back then too much money was too easily borrowed, and so that generation is now saddled with enormous mortgage repayments.

You couldn’t go wrong with buying property back then, you see. And so, like many others, we did buy – and it turned out you could go wrong after all.

Conversely, a more recent generation of teachers cannot get mortgage approval for significantly smaller loans. Teachers are generally considered well-to-do, even affluent, but nobody reveals their money worries lightly and there are very many more financially burdened teachers than people realise.

This characteristic of the teaching profession is one of the rarely mentioned aspects of our fight towards a day when teachers have one common pay scale. What a ridiculous cause to have to fight for, anyway!

The capuchin monkey in Frans de Waal’s Ted Talk could not be fooled into complying and carrying out the same task for lesser pay. It’s a clip well worth watching if you are finding it hard to sympathise with us in our struggle to spell out an injustice that even a monkey instantly recognises.

Our downfall is that we are not using the two most powerful weapons we have in our armour.

Industrial action hasn’t been used on an effective scale because so many teachers genuinely cannot afford to lose income. How ironic that we may have weakened our fight for pay parity by trying to limit our loss of salary.

Our other influential weapon is goodwill, which comes in the form of the extra time that pupils benefit from when there is a rehearsal for the school play, or a training session for a team, or any of the other invaluable extra-curricular opportunities on offer in schools.

Withdrawing from these activities isn’t something teachers have been prepared to do, but again this may be to our detriment. Actions speak infinitely louder than words, and we cannot seriously hope to win the fight by sending a mixed message. If we are protesting we cannot logically comply, and if we comply it is not justifiable to simultaneously protest.

Teacher unions are a powerful institution here in Ireland, but it seems as though we as members lack the stomach for hard-line union action. A recent and valiant attempt by a union to put its foot down and keep it down ended when the union membership itself brought a drawn-out process of industrial action to a halt.

Therein lies the proof that we are moderates by nature, and while we might be frustrated our unions are not protecting us better, the primary reason they aren’t is that we are not giving them the mandate to do so.

When we are balloted, there is often only a marginal difference between the ayes and the nays, so while we all end up accepting the hand we are subsequently dealt, we know there are almost as many members dissatisfied as satisfied.

Votes are therefore divisive and, like pay inequality, contribute to dividing and conquering the teaching profession. Furthermore, there is not just one union for the teaching profession, and even the two second-level unions don’t always agree. Some schools have staff from both unions, and so we have colleagues trying to adhere to different directives on the same school site. All of these factors muddy the water considerably, and to be fair to the unions, representing us well under such circumstances poses an almighty challenge.

Good cake is easily come by, whereas good union representation is not

On an individual level, many teachers are genuinely grateful for the support of their union, and when challenging situations arise we know we have someone to call for advice and support.

The union structure makes provision for a union steward on-site, and it is our responsibility to elect wisely to ensure we have an effective in-school union network.

Good cake is easily come by, whereas good union representation is not. Our unions can only do what we ask them to do, and we need to be wary of getting cold feet when we vote and then criticising the union for not fighting harder.

We are not paying our subscriptions to be provided with cake, but as long as we are not demanding more of our unions, what do we honestly expect?