Ireland’s only boarding school for 7-year-olds to close 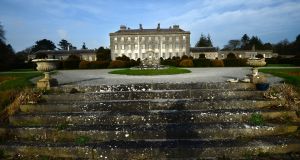 Headfort School, Kells, Co Meath, based in a Georgian mansion which dates back to the 1760s. Photograph: Dara Mac Dónaill

Ireland’s only boarding school for children aged between seven and 13 years of age has closed after more than 70 years due to financial challenges that have been exacerbated by the coronavirus pandemic.

Headfort School in Kells, Co Meath had more than 100 children attending as day pupils and borders, as well as a Montessori school for three to seven year olds. About 25 staff were employed at the school.

Neville Wilkinson, senior master at Headfort, said the school had been struggling financially for years and the Government’s decision to close schools to help contain the Covid-19 threat was the “final nail in the coffin”.

“We have always danced a fine line . . . The board was trying to raise money and to persuade donors but when it really kicked in, we realised that the amounts were going to be too large. Liquidation was the best of the bad options,” he said.

“I think the staff are, on the whole, pretty sad about the loss of the place; sadness is the overwhelming emotion.”

Cllr Sean Drew described the news as the “end of an era” and a loss to the local economy.“People are shocked and saddened all over the town by the breaking news. I’m sure past pupils have great memories of their time there and the teaching staff were a huge bonus to the local community.”

The school, based in a Georgian mansion dating back to the 1760s, was the subject of a film and TV documentary in recent years.

It is understood the decision to close was made by the school board which rents the building from the Headfort Trust.

“Boarding for children of that age has been going out of fashion. Schools like it in the UK are also under financial pressure and have been struggling to survive. The coronavirus closures are tipping some over the edge,” the source said.

The school traditionally had strong links with the UK, with many children progressing to second-level education in England. More recently these links have been diluted and many boarders have gone to St Columba’s College, a boarding and day school in Whitechurch, Co Dublin.

Mr Wilkinson, a former pupil at Headfort, said the teaching community there helped to create a special atmosphere which parents, students and staff valued.

“You don’t come to work at Headfort to get rich. You sort of get sucked in by the place, and staff felt like a family. The children were an extension of that.

“We often found that kids would come back and the sort of kids who gave out about us, giving out to them or punishing them, came back and realised how much freedom we were actually giving them when they went on to secondary school.”