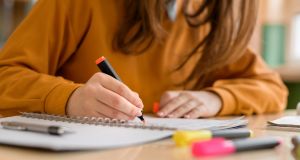 Students who are eligible for a grant under Susi are entitled to use that funding when registered to study in a university within the UK or Northern Ireland. File photograph: iStock

I’m thinking of studying an undergraduate course in a UK university in September 2021. Following Brexit, I’m having difficulty establishing what fees I’ll have to pay. Could you clarify what the situation is for Irish students?

Since Brexit, most European Union citizens choosing to study in a UK or Northern Ireland university will be liable for international fees.

However, according to the official Ucas website, this will not apply to Irish nationals living in the UK and Ireland whose right to study and to access benefits and services will be preserved on a reciprocal basis under the Common Travel Area arrangement.

Irish students, therefore, who apply for and secure a place in a UK university in England will continue to pay £9,250, as they have been doing for many years as EU students.

Irish students who choose a course in a Welsh university will pay up to a maximum of £9,000, which is twice what they have been paying up to 2020 on most programmes

Most Irish students were exempted from this fee until 2016 as they were studying in medical or paramedical courses, whose fees were covered by the UK’s National Health Service.

This subsidy was abolished by the UK government in 2016 and the numbers of Irish students studying in English universities has since plummeted .

Following Britain’s exit from the EU, those selecting a programme in a Scottish university will now also be liable for this £9,250 charge. This will come as a shock to the 500-700 students a year from the Republic who have enjoyed free fees in Scotland for many years under the EU regulations, which set fees within Scottish universities based on the fees charged in their own country for EU students.

Due to the fact that third-level fees were abolished in Ireland in the 1990s, prior to Brexit Irish students in Scotland enjoyed free fees as per home-country rule. For those parents who pay €3,000 annually to Irish universities, and may be surprised that your children don’t pay fees, you are paying a “registration charge”, which is of course a fee under another name.

Irish students who choose a course in a Welsh university will pay up to a maximum of £9,000, which is twice what they have been paying up to 2020 on most programmes.

Republic of Ireland students who are eligible for a student grant under Susi regulations are entitled to use that funding when registered to study in a university within the UK or Northern Ireland under the Ucas application process.

Remember: the closing date for applications through Ucas is traditionally 15th January but has been extended to 6pm on January 29th, 2021, due to the disruptive effect of Covid-19.