Will schools stay open? Will calculated grades return? A long shadow cast across the year 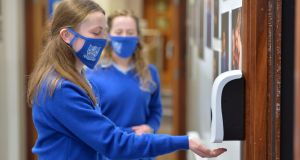 Students have had to adjust to changed classroom environments due to Covid-19 restrictions. File photograph: Alan Betson/The Irish Times 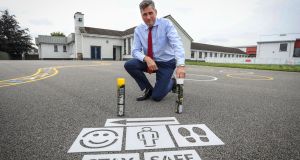 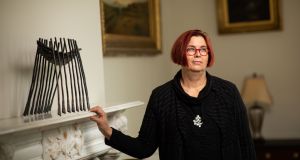 Another shutdown of the school system looks certain - the only question is how long will it last? Current speculation is that schools will remain close for January at least. In much of Britain, schools will close for at least six weeks, while in the North they will closed for an unspecified period of time. We could well be facing into something similar.

Much will depend on the incidence of Covid-19 in the community reducing and a drop in the the “positivity rate” – or the proportion of close contacts that test positive.

If there is a bright spot, it’s that schools were relatively safe settings between September and December with very low rates of virus transmission, according to official data.  It gives hope that the schools will be able to reopen even if the virus continues to circulate at significant levels.

2. Fate of the State exams

The official line from the Department of Education is that the State exams will take place again in as normal a manner as possible. We heard that one before. Remember Leo Varadkar insisting the Leaving Cert would go ahead “by hook or by crook” last year?

There’s little appetite for a rerun of calculated grades – but if schools close for any kind of significant period, it will be back on the table as a serious option.

In the meantime, we could see oral and practical exams either cancelled, delayed or -  less likely -  taking place online. It’s difficult to see a traditional Junior Cert exam getting the go-ahead. An alternative form of in-class assessment looks more likely.

The pandemic has upended large parts of the economy and there is a sudden need for upskilling to ensure our citizens have the skills needed most by employers.

Thousands of places will come on stream this year. Many are modular courses – short, focused and flexible – which will allow people to gain important skills without taking a long time out from the labour market. Data analytics, environmental science, ICT and health are just some areas where there are skills gaps.

But many more places will be needed as the year goes on, especially as businesses begin to fold. The higher and further education will have to act swiftly and flexibly to respond to these changing needs.

Universities have seen demand for mental health supports double in recent months as a combination of isolation and online learning takes its toll. Many first-year students have not even set foot on campus yet. There are also worries over drop-out rates in college.

Counselling and other supports are under severe strain so it’s difficult to see how the system can respond to the level of need.

It underlines the urgency of resuming some kind of campus activity, even if it is just small-group learning and sports training.

5. A funding model for third level?

Before the pandemic the higher education sector was warning of a financial crisis facing the sector. In 2016 the Cassells report warned that maintaining the status quo for third-level funding would have “deep costs” for students.

The government’s response was to kick the can down the road - and into the offices of the European Commission. It is analysing funding options for the Irish third-level system and its report is due later this year.

The impact of Covid-19 on college finances only underlines the need for a solid funding model for third level. Minister for Further and Higher Education Simon Harris has said he is determined to “settle the question” of a sustainable funding model this year. Decision time looms.

The dangers of relying on a system where so much assessment rests on terminal exams was starkly illustrated when the calculated grades system was hastily introduced last summer.

We’ve known for years that the Leaving Cert is narrow, inflexible and doesn’t capture the wide range of learning that takes place.

So, why has it taken so long to reform? We’re culturally obsessed by the exams and public trust in it is relatively high.

A reform process is underway and the National Council for Curriculum and Assessment is due to issue an advisory report to Minister for Education Norma Foley early in 2021 on reform plans such as broadening assessment over a longer period and emphasising work experience.

Just don’t expect reforms or decisions soon. More consultations are due and amid so many Covid-related complications, Foley may well feel she has enough on her plate as things are.

Until recently many schools were debating whether to use iPads or other technology. Like then or loathe them, Covid has has clarified the importance digital devices and virtual learning platforms.

Whole some schools are doing excellent work in harnessing their potential, many are still using tech to simply replicate what’s done in books. The big challenge will be to adapting teaching practice and develop resources which can make learning come alive. The need for a high quality continuous professional development in this area is pressing.

Other countries boast centralised learning hubs with high quality online resources: Irish schools could do with this kind of support if they close again.

Learning loss from school closures during 2020  exacerbated inequality by impacting most on vulnerable pupils. The looming school closures look set to do the same this time around, underlining the need for support.

Laptops and devices are just one part of the picture.  Supports such as home school supports will be crucial too. In the longer term, there is also a need to reform the Deis (Delivering Equality in Schools) scheme.

About 800 Deis schools  benefit from vital additional resources such as extra teachers and grant aid. However, hundreds of other deprived schools do not get these supports.

Why? These schools have been identified using a deprivation index which allows policymakers to measure objectively the level of disadvantage among school pupils instead of relying on surveys by school principals.

The Department of Education is finalising a new Deis identification model based on updated data. It is likely this will lead either lead to more schools being added to the scheme or a new system which is tapered based on the level of disadvantage facing schools.

If ever there was a compelling reason to invest in creaking school infrastructure, then Covid-19 is surely it. Poor ventilation, overcrowded classrooms and limited PE facilities are a fact of life for many schools.

As things stand, the Department is under pressure to keep pace with the delivery of new schools in rapidly growing suburbs. However, it will need to urgently address the legacy of under-investment of our existing school infrastructure.

In addition, additional investment into the education system such as enhanced capitation funding will need to be banked and built on over the coming years.

If ever there was a year where school principals wore superhero capes, this was it.

They were instrumental in keeping teaching and learning going during the lockdown and ensuring the safe reopening of schools.

Many, however, are frazzled by heavy workload and stress. Even in normal times, much rests on their shoulders: they are expected to be leaders, administrators, fund raisers, social workers, GDPR gurus , legal authorities and more. Today, they need to be public health experts as well.

Many grumble that middle management posts at second level are dysfunctional and not really easing the leadership burden. They say additional deputy principal posts along with other support roles are needed if school leaders are to focus on their main job of fostering the highest standards of teaching and learning.

It was no mean feat – but Foley and her department, alongside school principals and others, helped get one million young people back into education amid a pandemic. The wider sector showed great resilience in keeping education going online earlier in the year. Now, they'll have to do it all over again in 2021.

Our students are the best at maths in the EU and do well in science, based on the latest global survey. These outcomes, alongside others in recent years, confirm that we’re up there with some of the best. A tip of the hat to policy-makers, school leaders, teachers - and students.

As the first Cabinet Minister responsible solely for further and higher education, he has hit the ground running and is showing great energy and ambition to make the most of the new ministry.

They were the biggest losers of the cancellation of the Leaving Cert, given that grade inflation marked a points jump across the board.

Lots of time and energy was wasted on a ballot directing members not to attend Junior Cycle Slar meetings, which was ultimately ignored in the end. Another ballot followed last autumn on industrial action over Covid-19 issues at a time when other unions were focused on resolving them through talks.

The small Canadian firm was blamed by the Minister for Education for a number of coding errors which led to thousands of Leaving Cert students receiving incorrect grades.