How can the class gap in higher education be bridged? 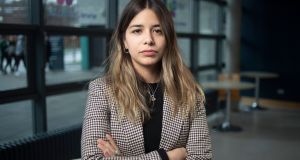 On any given day, Mary Hernandez sees the financial struggles facing students at Letterkenny Institute of Technology (LYIT) up close.

“Huge numbers here are on Susi grants, but many are just outside the limit to get them and find it very difficult,” says Hernandez, president of LYIT’s students union.

“You have students who don’t have digital devices or don’t have wifi at home, or can’t afford to get to college by bus or car.”

Based on the findings of a new study by the Higher Education Authority, LYIT has – by some distance – the highest proportion of disadvantaged students in the State.

LYIT also has the highest proportion of students reliant on grant aid, and the lowest average household income (€35,800 compared with a national average of about €50,000).

About 250km away in Dublin, the picture – in many respects – is very different.

The Royal College of Surgeons in Ireland has one of the highest concentrations of students from well-off areas.

It has one of the lowest proportion of students in receipt of Susi grants and one of the highest average household incomes (€55,000).

These figures exclude international students, who account for about 60 per cent of graduates and whose annual fees can cost up to €56,000 a year to study medicine.

Although fewer students are in receipt of grant aid, many still struggle, says Anna Whitaker, welfare officer with RCSI students union committee. High Dublin rents are a major burden, she says, while part-time jobs are few and far between this year.

“Many students find themselves ineligible for the jobseeker’s allowance or the pandemic unemployment payment, while others have chronic conditions or are sharing a household with or caring for at-risk family members.”

RCSI points out that it offers a number of initiatives to support school leavers from disadvantaged backgrounds.

About 12 per cent of CAO places in pharmacy, physiotherapy and medicine are made available on reduced points to eligible students through special access routes.

The Higher Education Authority’s head of access policy, Caitríona Ryan, cautions against comparing individual colleges against each other on the basis that each institution serves a unique region.

For example, Donegal is categorised as the most disadvantaged county in the State, while parts of Dublin are among the most affluent areas nationwide.

However, the HEA’s new report points to one over-arching finding: the higher education system does not reflect wider society.

Overall, about 15 per cent of the population in Ireland is defined as “affluent”.

Within higher education, the proportion of students from this background is 20 per cent. And within prestige courses such as medicine, finance and engineering, this rises to 35 per cent.

By contrast, about 15 per cent of the population nationally is defined as “disadvantaged”. This falls to 10 per cent within the higher-education student body, and plummets to just 3.5 per cent within university courses such as medicine.

Disadvantaged students are more likely to study courses in childcare, youth services and sports, which have lower points requirements.

These figures show that well-off families still have a firm grip on university places, despite the rapid expansion of higher education and the introduction of “fee-free education” more than two decades ago.

So, what can be done to bridge the gap? Is the cost of college a major barrier? And are access initiatives simply tinkering around the edges of a problem that has existed for decades?

There are a variety of access schemes for students from disadvantaged backgrounds or with disabilities that provide lower points entry routes into college.

However, most experts acknowledge that the work involved in boosting access to third level among under-represented groups needs to start as early as primary school.

They say it means building stronger links between schools and colleges, along with raising expectations among pupils that third level is for them, even if no one in their family has never progressed beyond second level.

Financial barriers are also daunting. While about 40 per cent of the student population receive grant aid from Susi, student leaders and access officers have repeatedly pointed out that the financial support does not come near to covering the costs of going to third level.

For example, the latest research shows the cost of going to college away from home is about €12,000 a year.

The Technological Higher Education Association says students from disadvantaged backgrounds require significant extra supports in order to enable them to progress through to completion of their programme.

Given that institutes of technology are leaders in driving access to higher education, Dr Joseph Ryan, chief executive of the association, says it is only right that they should receive additional core funding to reflect this.

Minister for Higher Education Simon Harris says one of his key ambitions is to ensure third-level education is accessible to everyone, regardless of age, race, geography or gender. It is a noble sentiment but he will be judged on outcomes over the coming years.