Children with autism are being ‘left behind’ in pandemic, says mother

Marie Smith, who has three children with special needs, has had no access therapies since February 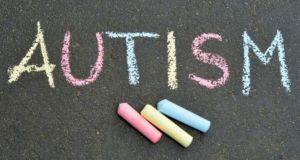 Children with autism are being ‘left behind’ in pandemic

A Co Cavan mother whose three children with special educational needs have not had access to vital therapies since February, due to a Covid-related pause on services, says “children with disabilities are being left behind” in the coronavirus pandemic.

Mother-of-four Marie Smith from Kingscourt has been told that it could take over three years for her son Calvin (12), who has autism, to receive an assessment of need ahead of his enrolment in secondary school next September due to a backlog in applications.

Delays have been exacerbated by the redeployment of hundreds of HSE speech and language therapists and related staff to Covid-19 contract tracing work.

Ms Smith originally requested an “assessment of need” for Calvin in 2018 to determine what health or educational services were required.

The 2005 Disability Act stipulates that these assessments must be completed by the HSE within six months. According to the HSE, the current average waiting time is 19 months but some children are forced to wait years.

Ms Smith has two other children with autism Zara (4) and Jack (3). Both are non-verbal and have been unable to access to occupational therapy or speech therapy since February due to the pause on services.

The Cavan woman, who travels 270km a week transporting her children to St Oliver Plunkett’s National School in Loughmourne, Castleblaney, Co Monaghan - the nearest school with an ASD (autism spectrum disorder) unit at the time Calvin was diagnosed, is calling for the Government to step in.

“I am absolutely livid. I rang up the child development team last week to see where Calvin is on the list and was told the waiting time is 40 months and that there are no services currently due to Covid... and there was nothing they could do,” she said.

“The latest report we have is when Calvin was six. He hasn’t been seen in years.

“They don’t leave any other kids behind but they leave special needs children behind. They are entitled as much as anyone else to get these things done. It is so wrong.”

Ms Smith said it was a “shock” when Calvin got the diagnosis of autism having no prior knowledge of the condition and was “completely devastated” when his sister Zara was diagnosed in September 2019 as “I thought autism isn’t common in girls”.

Ms Smith’s youngest child Jack was her third child to be diagnosed with autism. “He finished his assessment in June 2020 but has had no access to services since,” she said.

“The only way that I can describe autism is that you grieve for your child. You had a child that spoke, that did all of these things in Jack’s case up to 15 months of age, and then it is just taken from you.

“The one thing that does keep me going with them is that I’m waiting for Zara to say ‘Mammy’ and I know the day she says ‘Mammy’ I will ball my eyes out; it will be the best feeling in the world.

“It’s the simple things like a child being able to ride a bike or say their first word that makes life worth living that other people take for granted.”