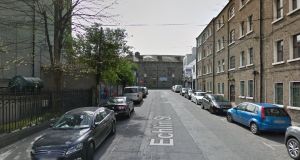 The Army bomb disposal unit was called to a building site in Dublin’s Liberties on Thursday morning to deal with a historic artillery shell.

The shell was discovered by workers on a site on Echlin Street, Dublin 8, near St James’s Hospital.

The shell is thought to pre-date the second World War.

Gardaí were called to the scene initially, before contacting the Army bomb disposal unit to deal with the object.

A bomb disposal team arrived on the building site at 11.10am. The area was evacuated and cordoned off while the team examined the shell.

The scene was declared safe an hour later, and the shell was removed by the specialist team to a “secure military installation for further examination”, a spokesman for the Defence Forces said.