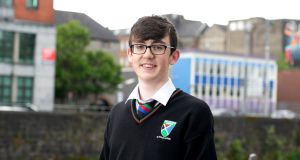 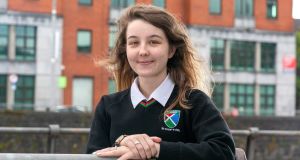 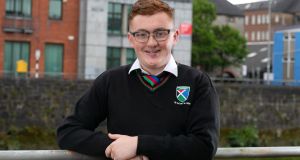 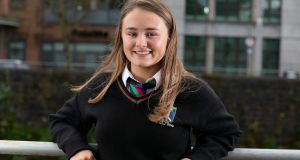 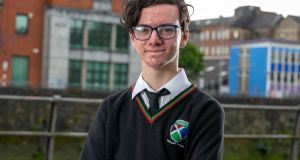 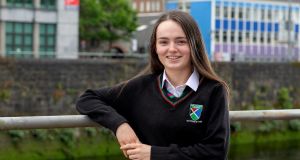 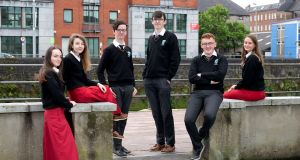 Like tens of thousands of others across the country, students at Gaelcholáiste Luimnigh are anxious about the impending Leaving Cert. Equally, they are excited about college, and the life they hope to build for themselves afterwards.

This year six students from the school will share the highs and lows of their Leaving Cert experience.

The 660-student co-educational and interdenominational Gaelscoil – just a stone’s throw from Limerick’s O’Connell Street – is built in a converted apartment block overlooking the river Abbey.

All of the students see Limerick as a place on the rise. The city recently voted in favour of a directly-elected mayor, and this group not only want to settle down and live their adult lives in or around Limerick, but believe it is very possible

The school opened its doors in 2006, and the class of 2019 will be the eighth Leaving Cert group.

Demand for places is high. The school consistently has some of the best Leaving Cert results in the county and, indeed, the country; last year six of its students achieved 10 higher-level A1s in their Junior Cert.

Yet that demand has placed the school under space pressures and limited its ability to grow and offer a full range of sporting activities.

In 2021, the school is due to move to a new, purpose-built campus in a nearby location, which will be able to accommodate up to 850 students.

As well as sports the school has a particularly strong drama offering, with teacher Ógie Ó Céilleachair – a bestselling novelist -–writing original plays which are performed by the students every March.

Traditional music, debating, politics and history, and Irish-language promotion are also strong, while the school is an active participant in the annual BT Young Scientist competition.

“We encourage students to question the status quo, including when it comes to school rules,” says school principal Donncha Ó Treasaigh.

“The student council is more than a tokenistic voice, and we listen to and respond to their concerns. For instance, we have detention on Friday afternoons, and we were recently challenged by students about how we announced over the intercom the names of students who were due for detention – so we changed it.”

Gaelcholáiste Luimnigh is also one of 400 “Apple-distinguished” schools across the world, recognised by the multinational tech company as one where technology has transformed learning. While students’ reliance on technology has proved controversial recently, Ó Treasaigh says they key is using it appropriately.

“Every student here has an iPad, yes, but we only use a small amount of ebooks and only where appropriate,” he says. “Technology isn’t always the answer, and we know that there are times when content can be learned better through notes or whiteboard. We understand that today’s young people enter a world where they’re overwhelmed with data, so using technology helps them to learn how to sift through it and find what is most relevant.”

What do the students themselves make of the school’s approach to technology and learning? They are fond of websites such as Studyclix.ie but when it comes to stud, they’re all far more inclined to make their own written notes than to use any technology.

The school was among the first to introduce two new Leaving Cert subjects: physical education and politics & society.

“Using technology has really enhanced the learning outcomes for our PE students,” says Ó Treasaigh. “We’ve been able to capture a lot of data that students need for their assessment.”

There’s a somewhat lazy old trope that Gaelscoileanna are elitist institutions for children called Sneachta, but this ignores that the roots of the Gaelscoil movement lie in working-class Irish communities.

Ó Treasaigh says that their school is inclusive of everyone, and that there are at least 10 different nationalities represented on the student body.

Preference is given to children from five local primary Gaelscoileanna, but these children come from a range of different ethnic backgrounds in an increasingly multicultural city.

Avril (18) hopes to study science teaching at the University of Limerick, with general science at UL and arts at Mary Immaculate College among the back-up options. She wants a job where she can help people.

Her favourite subject is biology, while history – with a large volume of content to learn – is her least favourite. She finds it useful to write out her notes when studying.

Instagram is her social media of choice, and to relax she likes to watch films and meet her friends.

Like many young people climate breakdown is her biggest concern, and she points out that while the Leaving Cert is supposed to be about securing a good future, she won’t have a future if the planet crumbles.

Sophie (18) has applied for primary teaching at Mary Immaculate College, although her dream job is to work in mental health, perhaps as a psychologist.

She is from a farming background, and her favourite subject is agricultural science. To study she does a little and often rather than cram in the run-up to an exam.

In her spare time she loves playing the piano and playing with her little brothers who are just one and three years old. Instagram is her preferred social media. “I like it because it’s really a combination of the best of Snapchat and Facebook. ” .

Her biggest worries are climate change, and the possibility that she won’t get a job, but she says she is equally excited by the unknown nature of the future.

Josh (18) like many young people his age loves making videos, and he is very active on Twitch.tv, which he describes as “a mix of podcasting and gaming”.

His favourite subject is applied maths and his least favourite is English, where he feels the curriculum does not currently allow enough opportunity to be really creative. His dream job is to be a software developer, and he has applied to study computer science at UL.

To relax he plays games, goes to the gym and watches Netflix. Although many teenagers abandoned Twitter years ago, it’s Josh’s favourite social media because it allows him to connect with different people in media, politics and culture.

Brexit and the growing global influence of far-right and hate-based politics are his biggest concerns. But equally he is happy to live in a time where, at least in Ireland, people are accepted for who they are.

Leah’s (18) dream job is to be actor, but her CAO form currently has PE and Irish as her top college choice.

Her favourite subject is politics & society. She enjoys keeping up with current events, and having robust discussions and debates. She is a big fan of Studyclix.ie which, she says, helps her to absorb and learn information.

Sport is Leah’s main way to relax. She has a particular grá for camogie, but also enjoys badminton and tag rugby. And sometimes she lets off steam by dancing and singing around the house.

Instagram is her favourite social media app, although she also uses Snapchat.

Her biggest worry is that she won’t do herself justice in the Leaving Cert, while on a broader scale she fears the imposition of a border on the island of Ireland if there is a hard Brexit. She says that the growing awareness of the damage we are doing to the environment is giving her hope.

David’s (18) favourite subjects are maths and the sciences. He is studying biology, chemistry and accounting, and has applied to study medicine at both UCC and UCD. He has long dreamed of being a doctor, although he doesn’t yet know what field of medicine will interest him the most.

He enjoys languages and cultures, and says he is looking forward to travel; his ambition is to visit every continent.

Living in rural Tipperary, he takes a short train ride to school every day. To relax he goes for walks in the local woods near his home.

He uses Snapchat to talk to friends and Instagram to keep up to date.

His big worry is that he won’t be happy with his exam results, while beyond himself he is concerned at Ireland’s failure to make progress in addressing climate change.

Andre (18) is hoping to become a nurse practitioner which, he explains, is somewhere between a doctor and a nurse. He has applied to study nursing at UL and UCC. His favourite subjects are biology and home economics.

Snapchat is Andre’s preferred social media and he uses it every day. To relax he likes to go for walks while listening to music,

His approach to study is quite unique, but it’s one that would work well for many students: he has a small whiteboard in his room and he writes notes in it before repeating them out loud as though he is teaching a classroom.

His biggest worry is that he doesn’t know what the future will bring – but this is also what he is most excited about.