English or Irish not mother tongue for 50,000 primary pupils 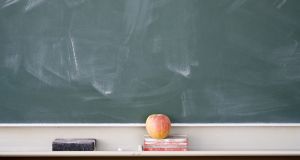 Almost 50,000 pupils at primary level do not have English or Irish as their mother tongue, new figures show

The findings are contained in a new primary schools database which provides the most detailed picture yet of the ethnic, cultural and religious profile of children in the primary education system.

The database was at the centre of controversy when it was established in recent years due to fears among some parents over the sensitive information being sought from schools and parents. However, questions around ethnicity and religion were optional questions which parents could refuse to answer.

Overall, there were 558,000 pupils enrolled in 3,250 primary schools as of September 30th, 2016. Of the 47,973 pupils who said English or Irish was not their mother tongue, just over a third were Irish nationals, followed by Polish, Lithuanian and Romanian nationals.

In relation to ethnic or cultural background, the level of “no consent” or non-response was 30 per cent or about 160,000.

A total of 90 per cent of students were enrolled in schools with a Catholic ethos, followed by multidenominational (5 per cent) and Church of Ireland (3 per cent).